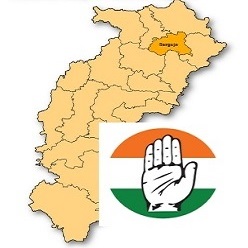 Congress made a huge comeback in the state of Chhattisgarh after 15 years as INC secured 68 seats in the 90 member state assembly. Congress, who was contesting against a widely accepted and popular chief minister, won despite not having declared a chief ministerial candidate.

According to election commission website, in the last Chhattisgarh elections, the BJP had secured 49 seats, whereas Congress bagged 39 seats. The two leading parties contesting with a close vote share of 41% to BJP and 40.3% to Congress.

News agency ANI reported Chhattisgarh CM Raman Singh saying, “I have tendered my resignation to the governor. We respect the mandate that the public has given. I congratulate Congress on this success. I consider it my luck to serve the public of Chhattisgarh for the last 15 years.

He also added: “I take the responsibility for this defeat because the poll was contested under my leadership. We will act as a strong Opposition and work for the development of the state.”