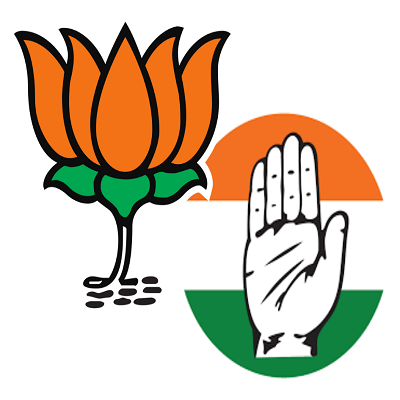 Finally, the results for the much anticipated State Assembly Election are out and it is not a good news for BJP. Congress made a huge comeback by snatching 2 out of 3 key states from BJP’s rule. Chhattisgarh, which has been under the rule of BJP for 15 years, mandated Congress to form the government in the state with 62 seats out of 90 constituencies.

Whereas in the state of Rajasthan, where no party has been able to hold onto power for more than a term of five years for the last 5 elections, repeated its trend and provided the mandate to Congress+ just enough to form the government in the state on its own without requiring any external support.

In Madhya Pradesh, the state which was watched very closely by the market and was regarded highly crucial, Congress surpassed BJP who was in power for the last 15 years by the near margin. The exit polls prior to the election results suggested a neck to neck competition between BJP and Congress, came true as no single party could obtain 116 seats, a number required to establish a majority.

However, today’s election result brought some bad news for Congress as well. Mizoram, which was the last state standing for Congress in the north-east region was lost to Mizo National Front (MNF). Congress who was ruling the state for the past 10 years faced strong incumbency which resulted in a staggering defeat. Mizo National Front (MNF) finished their tally with 26 seats out of 40 constituencies and will form the government with a clear majority.

The only party that passed the anti-incumbency test was Telangana Rashtra Samithi (TRS), who took a gamble by calling the state assembly elections a year earlier. The move paid well for TRS, as the party gained 25 seats more as compared to the 2014 elections. TRS will now come back in power with two third (2/3rd) of the majority in the state of Telangana.

After the results became clear, Prime Minister Narendra Modi humbly accepted their loss from Congress and tweeted, “We accept the people’s mandate with humility. I thank the people of Chhattisgarh, Madhya Pradesh and Rajasthan for giving us the opportunity to serve these states. The BJP Governments in these states worked tirelessly for the welfare of the people.”

He also tweeted, “The family of BJP Karyakartas worked day and night for the state elections. I salute them for their hard work. Victory and defeat are an integral part of life. Today’s results will further our resolve to serve people and work even harder for the development of India.”