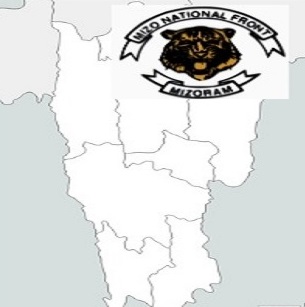 Mizo National Front (MNF) has defeated Congress in its last fortress in Northeast region as MNF bagged 26 seats in a 40 constituencies state of Mizoram. Mizoram had remained under the Congress’s rule for last 10 years and stood as the last ground in the Northeast.

Since 2016, BJP and its allies have snatched the states of Assam, Manipur, Arunachal Pradesh, Meghalaya, Nagaland and Tripura from Congress’s hand. However, this time Congress did not lose to BJP as MNF had already ruled out any alliance with any political party.

The electors in the state of Mizoram had stuck to the trend of electing the government between the Congress and the MNF with each lasting not more than two terms since 1986. Congress which ruled in the state from 2008 to present came in power after the MNF ruled Mizoram from 1998 to 2008.