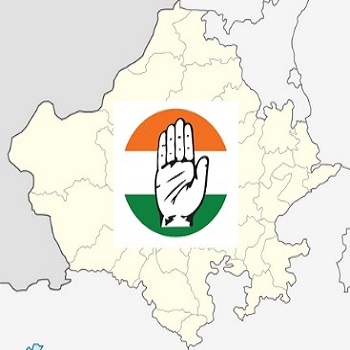 The state of Rajasthan continued to follow its two-decade-old trend of voting incumbent governments out, and ousted chief minister-led Vasundhara Raje of Bharatiya Janata Party (BJP). The Congress party, however, missed the halfway mark by just one seat but came out as the single largest party.

According to Election Commision website, Congress’s ally RLD won one seat to take the tally to 100 which enable the Congress+ to form a majority government. On the other hand, incumbent BJP won 73 seats meanwhile BSP bagged 6 seats and remaining 21 to others, including rebels from Congress and BJP and parties such as CPM, RLP and BTP.

Chief minister Vasundhara Raje has handed over her resignation to Governor Kalyan Singh. She later tweeted, “While I congratulate INC, I am very proud of the work my Govt. has done in the last 5 yrs. Hope the incoming Govt. will continue our good work and consolidate the multiple interventions we made to benefit the people of Rajasthan – a state I will be personally committed to.”

Government of Ghana to Acquire 100% Stake in AirtelTigo