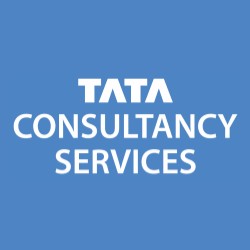 Tata Consultancy Services (TCS) reported their quarterly financials for the October-December period with a net profit of Rs. Rs 8,105 crores. The company posted a 24.1 per cent growth as compared to the net profit of  Rs 6,531 crores for the quarter ended December 2017.

TCS recorded the total revenue of Rs 37,338 crores, posting a 20.8 per cent growth as against Rs 30,904 crores reported during the third quarter of the previous fiscal year. As per the company’s statement, the revenue growth stood at 12.1 per cent on a constant currency basis.

Rajesh Gopinathan, TCS Chief Executive Officer and Managing Director said in the statement, “We are wrapping up 2018 with a strong revenue growth of 12.1 per cent in the December quarter, which is the highest in 14 quarters, with continued growth acceleration in key verticals and across all geographies.”

Tata Consultancy Services revenue in constant currency terms increased 1.8% during the December-end quarter from the previous quarter of the same fiscal whereas net profit inclined 1.9% to $1.14 billion from $1.11 billion during the second quarter of FY19.

TCS also bagged deals worth $5.9 billion during the third quarter of current fiscal, taking the total number of deal secured to $15.7 billion in the first nine months of this fiscal year. The IT major’s board also approved a third interim dividend of Rs 4 per equity share.

Arbitral Tribunal Rules in Favour of Zostel in OYO-Zostel Deal