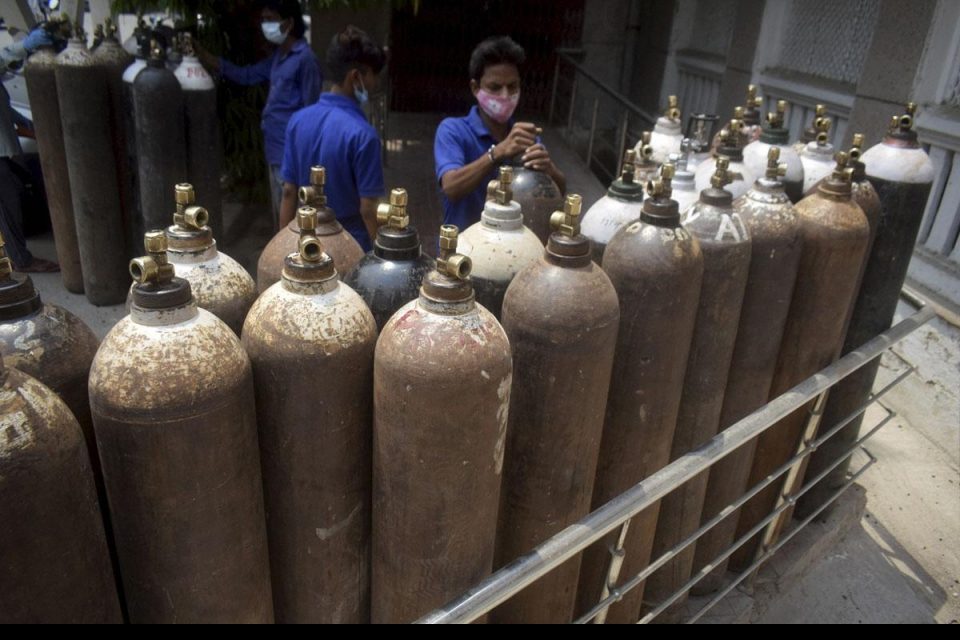 Aiming to ramp up the supply of medical oxygen amid the recent surge in COVID-19 cases, Union Health Ministry on April 21 shared a detailed revamped plan for oxygen allocation for 19 States and Union territories. MoHFW’s Joint Secretary Nipun Vinayak in his letter to the states said that they have made the allocation of oxygen keeping in view of increased demands from states on the quantity of oxygen supply and its source.

“The supply plan has to be made in consultation with the states, oxygen manufacturers, department for the promotion of industry and internal trade, All India Industrial Gases Manufacturers Association and Union steel ministry, under the overall guidance of the Empowered Group-II,” Vinayak’s letter said. As per the recent order, the Union Health Ministry will allocate Delhi a higher 480 MT medical oxygen against 378 MT allocated earlier.
Haryana has been allocated 162 MT oxygen. Punjab has been allocated 136 MT, Chandigarh 20 MT, Himachal 15 MT, and Jammu and Kashmir 12 MT oxygen. Similar are the allocations for other States based on their requirements. The states where oxygen allocation have been ramped up include — Maharashtra, Gujarat, Karnataka, Madhya Pradesh, Delhi, Haryana, Uttar Pradesh, Punjab, Tamil Nadu, Kerala, Chhattisgarh, Rajasthan, Telangana, Andhra Pradesh, Uttarakhand, Jammu and Kashmir, Goa, Chandigarh, and Himachal Pradesh. Meanwhile, the Union Health Ministry said that the manufacturing capacity of domestic Remdesivir manufacturers has been ramped up keeping in mind the sudden surge in demand in the country for Remdesivir Injection required for Covid-19 therapy.