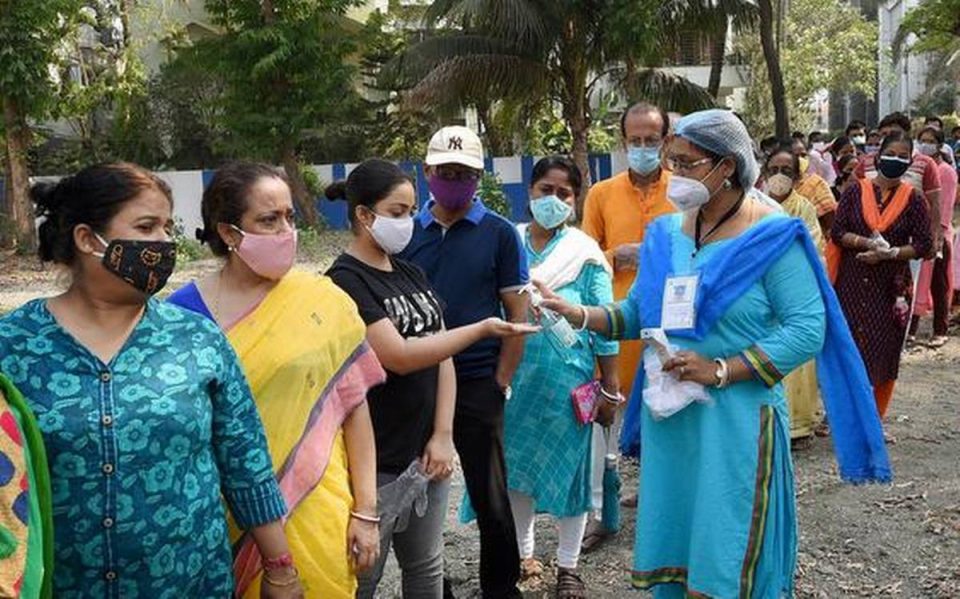 Polling began at 7 am on Thursday for 43 seats in the sixth phase of the assembly election in West Bengal amid a surge in Covid-19 cases with the state reporting record infections. Long queues were seen outside most of the polling booths even before the voting began. In this phase, elections are being held in 17 seats in the North 24 Parganas district and nine seats in Nadia, most of which has a significant presence of the Matuas, who are crucial to the electoral success of any party in the state. Besides, elections are also being held in the nine seats in Uttar Dinajpur district and eight in Purba Bardhaman.

Over 1.03 crore voters will decide the political fate of 306 candidates in this phase. Of them, 53.21 lakh are men and 50.65 lakh women, while 256 are third gender. A staggering 1,071 companies of central forces have been deployed in this phase to ensure free and fair voting, officials said. Each company of central force has around 100 personnel and officers. The voting is being held in 14,480 polling stations in the 43 assembly segments in the four districts. Polling will continue till 6.30 pm, officials said.

Elections to the 294-member West Bengal assembly are being held in eight phases, starting on March 27. Votes will be counted on May 2 with the last phase scheduled to be held on April 29. West Bengal has been reporting a record number of Covid-19 cases over the past few days, breaching the 10,000- mark of daily infections on Wednesday. The state registered its highest single-day spike of 10,784 new Covid-19 cases on Wednesday, while 58 more people lost their lives.