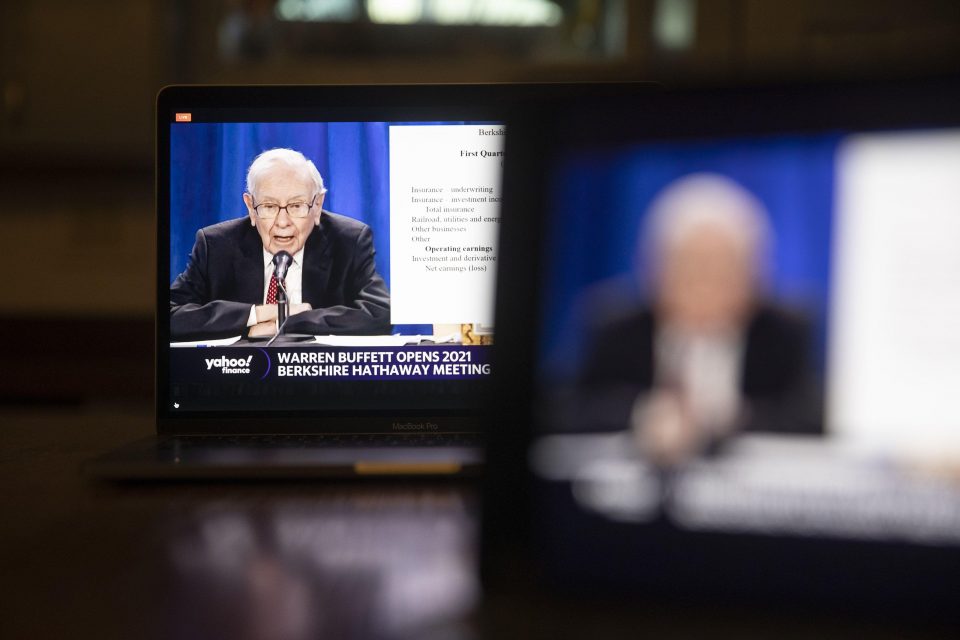 Warren Buffett delivered a clear verdict Saturday on the state of the US economy as it emerges from the pandemic: red hot. “It’s almost a buying frenzy,” the Berkshire Hathaway Inc. chief executive officer said during the conglomerate’s annual meeting, which was held virtually from Los Angeles. “People have money in their pocket and they’re paying higher prices,” he said.
Buffett attributed the faster-than-expected recovery to swift and decisive rescue measures by the Federal Reserve and US government, which helped kick 85 per cent of the economy into “super high gear,” he said. But as growth roars back and interest rates remain low, many including Berkshire are raising prices and there is more inflation “than people would have anticipated six months ago,” he said.
Buffett reunited with his long-time friend and business partner Charlie Munger for this year’s meeting. Munger didn’t make it to last year’s meeting in Omaha, Nebraska Buffett’s hometown due to the shutdowns across the country. Some shareholders were relieved to see the duo fielding questions together again.
“I really feel that both Charlie and Warren displayed their usual and amazing level of acuity and intellectual energy,” said James Armstrong, who manages assets including Berkshire shares as president of Henry H. Armstrong Associates. Buffett and Munger spent hours fielding questions, from the economy, to climate and diversity, the SPAC boom, taxes and succession.