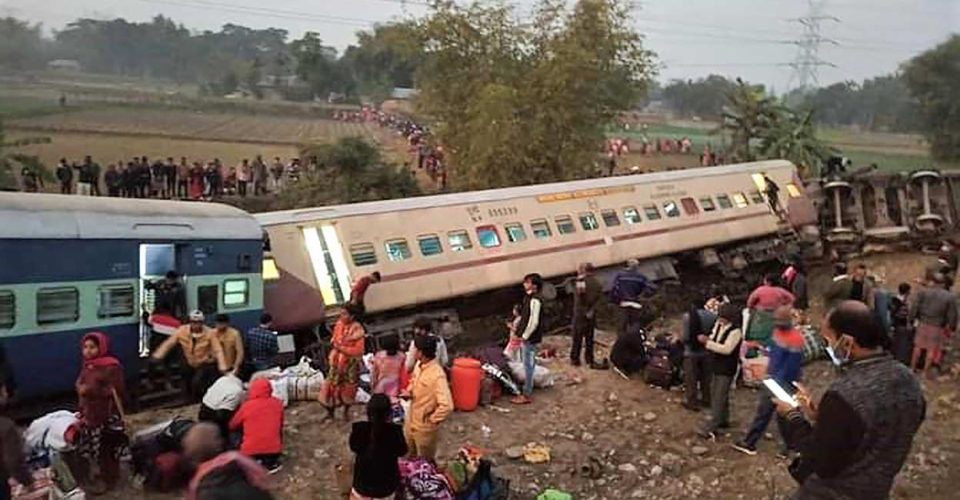 Almost seven passengers were killed, and over 45 were injured as the Bikaner-Guwahati Express derailed and some train coaches overturned near Domohani in West Bengal‘s Jalpaiguri district, an official statement said. The accident happened around 5 p.m. in the Alipurduar division of Northeast Frontier Railway.

“7 passengers have died so far. We found four bodies from the accident site while three people died in the hospital. At least 45 people were injured in the incident. Since some of them are in a critical condition, the death toll can increase,” Jalpaiguri District Magistrate Moumita Godara Basu said. Commissioner of Railway Safety will conduct an inquiry of the accident. There were 1,053 passengers on the train at the time of the derailment, the statement said.

West Bengal Chief Minister Mamata Banerjee briefed PM Modi on the tragedy when they were in the middle of an online meeting to review the Covid-19 situation in the country with other CMs. “Spoke to Railways Minister Ashwini Vaishnaw and took stock of the situation in the wake of the train accident in West Bengal. My thoughts are with the bereaved families. May the injured recover quickly,” PM Modi said on Twitter.

The Railways have announced an ex gratia payment of Rs 5 lakh to families of those killed in the accident, Rs 1 lakh to the injured and Rs 25,000 to passengers with superficial injury. President Ram Nath Kovind and Vice President M Venkaiah Naidu also expressed sorrow over the accident and wished speedy recovery to those injured.