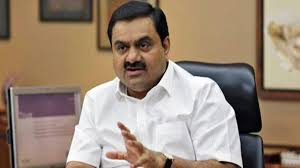 Adani Enterprises Limited (AEL) has won a Rs 1,838-crore highway project from the National Highways Authority of India (NHAI) in Kerala. The project granted under the Hybrid Annuity Mode (HAM) is part of the Bharatmala Pariyojna of the Centre.
“Adani Group is pleased to announce the award of another hybrid annuity road project from NHAI. AEL has recently participated in a tender issued by NHAI under HAM and we are pleased to inform you that AEL has received a letter of award (LOA) from NHAI,” Adani Enterprises said in a filing to the BSE.
The 40-km road project pertains to six-laning of Azhiyur to Vengalam section of NH-17 (New NH-66) in Kerala, said the company. With this project award, Adani Group has a total of six NHAI road projects under HAM in Chhattisgarh, Telangana, Andhra Pradesh, Madhya Pradesh, and Kerala.
“AEL will continue to evaluate and bid for attractive opportunities in the transport sector, which generates value for stakeholders,” the company added. The road construction is expected to complete in two and a half years, while the company will be allowed to operate it for the next 15 years.
Meanwhile, Adani Enterprises stock is down 0.89 per cent or 4.80 to Rs 532.10 on the BSE.