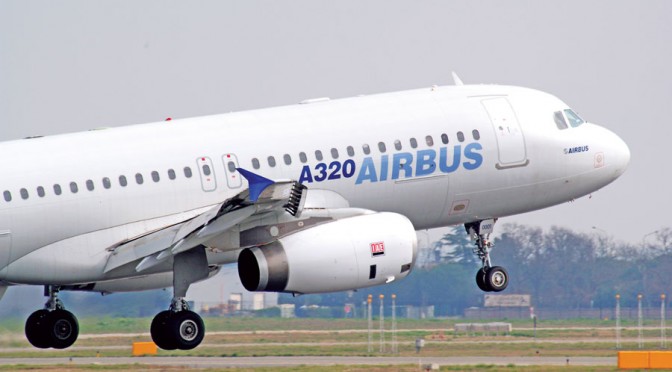 The Covid-19 pandemic has hit aircraft manufacturers hard but Airbus is already looking towards a new plane to help drive its recovery and get a leg up on rival Boeing. The A321 XLR will be the latest in Airbus’s single-aisle A320 family when deliveries begin in 2023.

The XLR stands for extra long-range and the aircraft can more than handle crossing the North Atlantic, opening up the possibility airlines can use it on routes that have been the preserve of wide-body long-range aircraft up to now. Since the model was first presented at the Paris Air Show in June 2019 the aircraft has picked up more than 450 orders, including 37 last year.

Airbus, which has said its new orders plunged 65 percent in 2020 to 268, releases earnings results on Thursday. Boeing already reported last month an annual $13.8 billion loss for its commercial aircraft division, with revenues slashed in half by the pandemic to $16.1 billion.

“The XLR continues to enjoy a very strong market demand,” Airbus commercial chief Christian Scherer said recently. Among the 24 clients for the A321 XLR are American Airlines and compatriot United Airlines, which have ordered 50 each, while Australia’s Qantas wants 36.

The aircraft is positioned at what is known as the “middle of the market” in the aviation industry, the gap between single-aisle narrow-body aircraft and twin-aisle wide-body planes. The only aircraft to have served this segment was the single-aisle Boeing 757, which had a range of approximately 4,000 nautical miles (7,400 kilometers), and ended production in the mid-2000s.

This was enough range for the aircraft to make it across the North Atlantic, although it was complicated for airlines to use it in practice as in case of strong winds it would need to make a refueling stop, throwing the travel plans of passengers with connecting flights into chaos. While the longest-range aircraft so far the Airbus A320 family met the range of the Boeing 757, it is only with the XLR and its range of 4,700 nautical miles that airlines will be able to use the aircraft on North Atlantic routes without worry.

Before the pandemic, the aircraft was seen as a flexible option for airlines to test and develop new routes with less traffic in a more profitable manner as it carries fewer passengers than Airbus’s wide-body aircraft, the A330, and A350. With the pandemic having decimated air traffic, airlines are likely to have even more need for such aircraft as they rebuild their route networks.