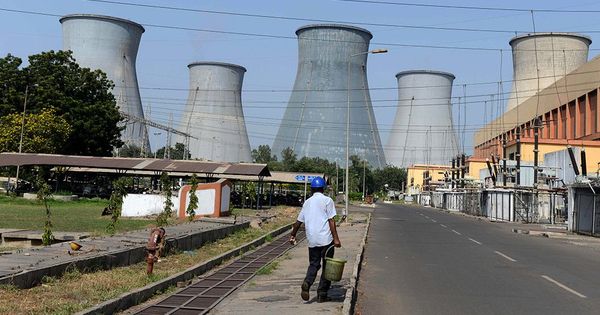 The centre on Wednesday allowed thermal power plants to “charge” as much as 25% amid rising electricity demand in states and a shortage of coal supplies and recommended that generators seek to import coal for blending of up to 10%. In addition, the Cabinet approved a policy to utilise non-minable land to develop and build coal- and energy-related infrastructure.

In an official statement, the Ministry of Electricity said certain power generation companies would allow charging facilities to use up to 25% of intermodal coal to avoid long-distance coal transportation. This comes after Union Power Minister RK Singh’s review of the operation of imported coal power plants and the blending of imported coal by states.

According to the official statement, Singh said: “This will allow states to make optimal use of their combined coals in plants closer to the mines, as it will be easier to send electricity rather than coal to distant states.” In the review chaired by Singh, a list of targets was drawn up for states and power producers to ensure coal is available for blending purposes. “The states and Genco have set targets and are urged to ensure coal delivery for blending ahead of monsoons, as domestic coal supplies are affected during the rainy season,” the statement said.

“The Minister reviewed the operations of imported coal plants and directed all procuring states to ensure that all ICB plants operate with fair and reasonable tariffs. It was decided to address all operational issues with ICB plants and make them fully functional,” the statement said. India is likely to face more power outages this summer, with utilities’ coal inventories remaining at their lowest levels in nine years before the summer, while power demand is likely to rise amid severe heatwaves across the country.

According to news reports, states like Maharashtra and Andhra Pradesh have already implemented mandatory blackouts. On Wednesday, Cabinet approved a separate policy that provides a framework for using land that is no longer suitable or economically unsuitable for coal mining activities; or land that has been mined and reclaimed for coal. “To promote the use of land mined or not suitable for coal mining and to increase investment and job creation in the coal sector, the Union Cabinet approved the Policy for the Use of Land Acquired under Coal Bearing Areas (Acquisition and Development) Act, 1957 (CBA Act),” the coal ministry said in a statement.