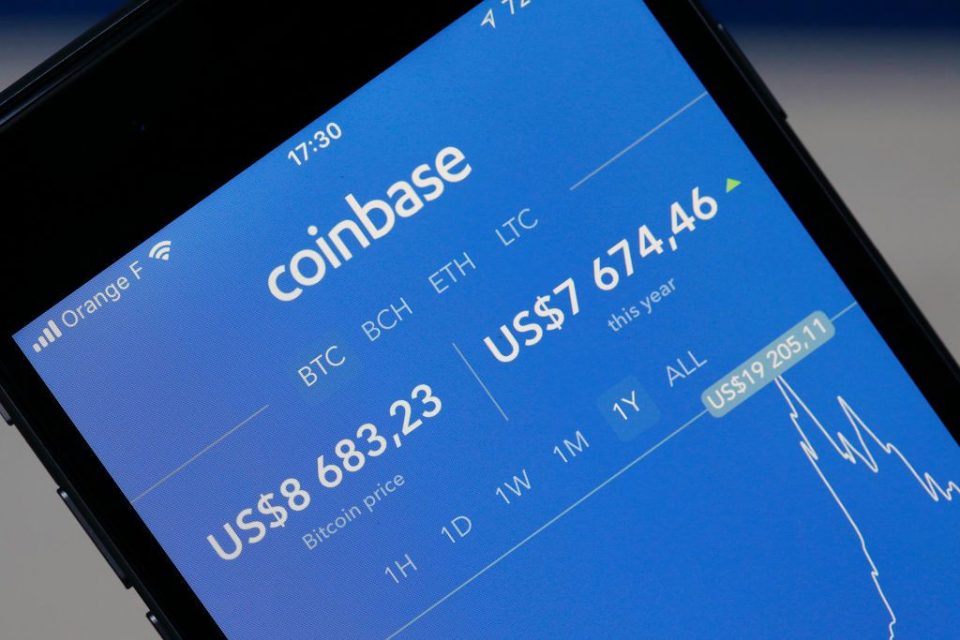 Coinbase Global Inc., the biggest U.S. cryptocurrency exchange, is now aiming to go public in April after its plans for a direct listing this month have slipped, according to people familiar with the matter who asked not to be identified because it was private. The U.S. Securities and Exchange Commission has been reviewing the company’s plans for a direct listing, an alternative to a traditional initial public offering.

This week, Coinbase’s backers registered for as many as 114.9 million shares to trade when the stock lists. In a direct listing, investors can begin selling their holdings as soon as a company starts trading rather than waiting for the expiration of a lockup period typically up to six months in an IPO. Investment firms including Andreessen Horowitz and Union Square Ventures are among those whose shares could trade, according to a regulatory filing Wednesday. Chief Executive Officer Brian Armstrong and Coinbase co-founder Fred Ehrsam have also registered stock.

Coinbase shares have changed hands at $200 to $375.01 in private transactions this year, the filing shows. The volume-weighted average price per share for transactions from January through March 15 was $343.58, which would give Coinbase a public market valuation of about $67.6 billion, based on the total number of shares outstanding as of Monday. The fully diluted value including employee incentive plans and restricted stock units would be significantly higher. The debut will be the first major direct listing to take place on the Nasdaq. All such previous listings were on the New York Stock Exchange, including those by Spotify Technology SA, Slack Technologies Inc., Asana Inc., Palantir Technologies Inc., and Roblox Corp., which listed this month.