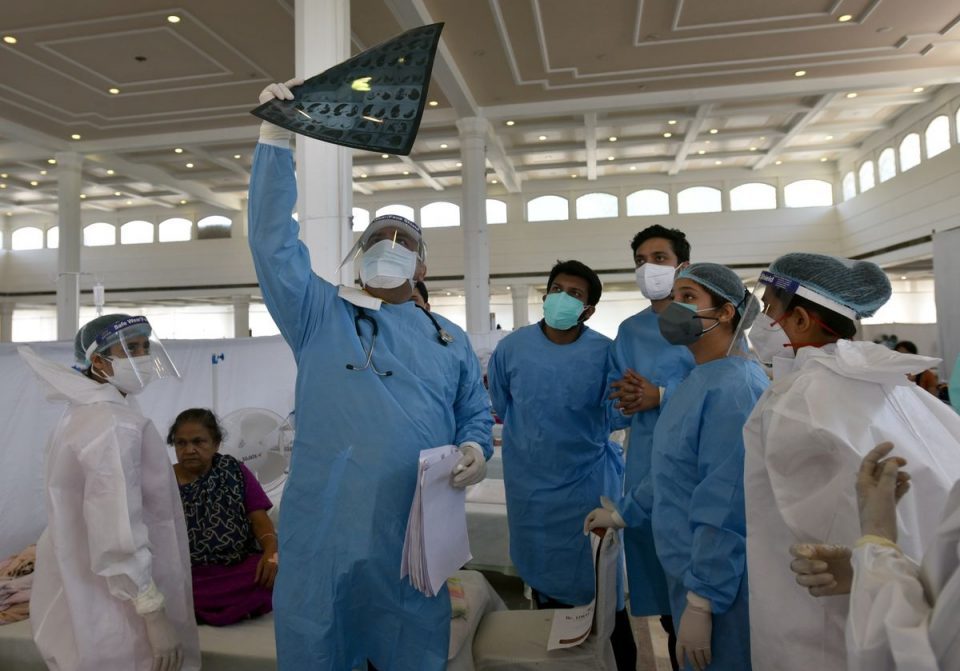 Britain’s health minister meanwhile resigned after revelations that he had broken the government’s own coronavirus restrictions during an affair with a close aide.

While vaccination drives have brought down infections in wealthy countries, the Delta strain, which first emerged in India, has fuelled fears that the pandemic may be far from over, having already claimed nearly four million lives.

Bangladesh announced that it would impose a new national lockdown from Monday over the variant, with offices shut for a week and only medical-related transport allowed.

Sydney’s normally bustling harbourside centre was nearly deserted after people were ordered to stay home except for essential trips to contain on outbreak of the variant.

And New Zealand, citing “multiple outbreaks” in Australia, announced a three-day suspension of its quarantine-free travel arrangement with its larger neighbour. The Sydney lockdown, affecting more than five million people in the city and nearby towns, was met with dismay after months of very few cases.

“Today just feels like another kick while you’re slowly getting up,” said Chris Kriketos, 32, who works at a bakery in central Sydney.

The Delta variant has also been fuelling rising case numbers in Russia, where Saint Petersburg on Saturday reported the country’s highest daily Covid-19 death toll for a city since the start of the pandemic.

Russia’s second city, which has hosted six Euro 2020 matches and is due to host a quarter-final next Friday, recorded 107 virus deaths over the last 24 hours.