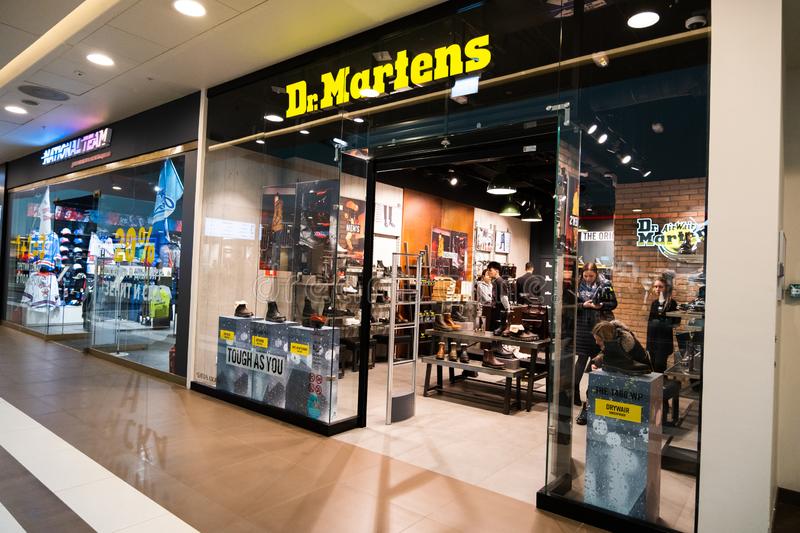 On Thursday, shares in Dr. Martens (LON:DOCS) declined after the UK-based footwear company said its direct sales business was weaker in H1. The company added that margins would come under growing pressure in the next half year due to the pound’s weakness.

Reportedly, the company said it expects its full-year margin before interest, taxes, depreciation and amortisation to remain between 1 and 2.5 percentage points lower than in fiscal 2022 due to the dollar’s appreciation. However, it said it would continue to plough money into the business.

Dr. Martens’ shares dropped 20 per cent in response. Even so, the company raised its interim dividend by 28 per cent to 1.56 pence a share.

Pretax profit dropped 5 per cent, and EPS (earnings per share) slipped 6 per cent from a year earlier in the half year through September, as the company’s efforts to drive growth through its own-brand stores dropped short of the high expectations. The direct-to-consumer division saw sales grow 21 per cent but, at 43 per cent of the sales mix, is still short of the 60 per cent target. Group revenue increased 13 per cent to £419 million (£1=$1.2119).

The company kept its full-year revenue guidance unchanged, saying it should increase by just under 20 per cent from last year. The UK-based group noted that a strong order book and the delayed recognition of some £10 million in revenue from sales in H1 is likely to support revenue in the remainder of the year.