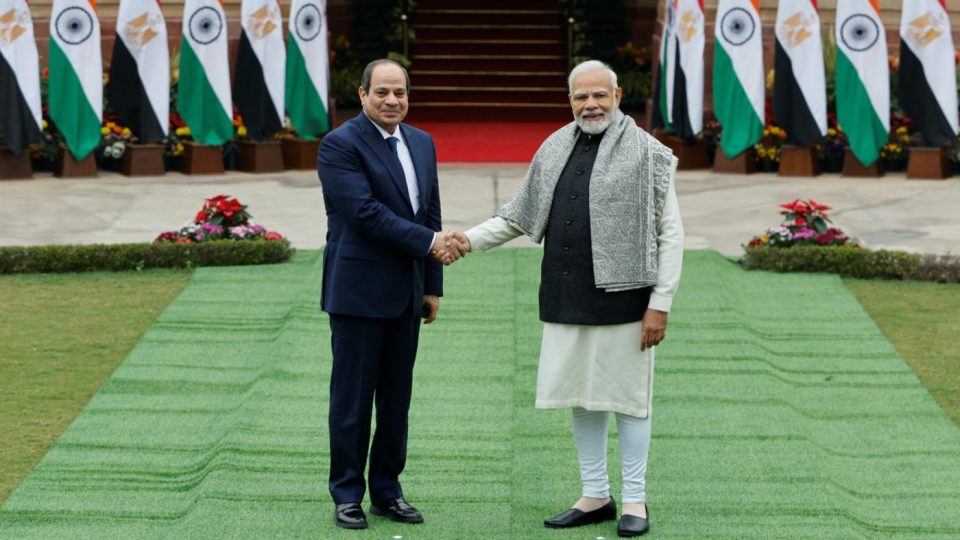 President Abdel Fattah el-Sisi is on a three-day visit to India and will be the first Egyptian leader to be the chief guest at India's Republic Day on January 26.

India has invited Egyptian President Abdel Fattah el-Sisi as its chief guest for Republic Day 2023, people familiar with the matter said. It reflects New Delhi’s continued focus on the Arab world as it prepares for a year of high-profile diplomacy.

People familiar with the matter said that on October 16, Foreign Minister S Jaishankar met with Sisi in Cairo during his official visit to Egypt and handed over a formal invitation.

The 68-year-old general-turned-politician will become the first Egyptian leader to let India host Republic Day celebrations. This is despite the close relationship between the two countries over the past few decades, notably as founding members of the Non-Aligned Movement in 1961.

Egypt is one of nine guest countries invited to participate in the G20 summit under India’s rotating presidency in 2023.

Invitation to be the Chief Guest at Republic Day celebrations on January 26, a signature reserved for the country’s close allies and partners.

The 2021 and 2022 Republic Days were celebrated without chief guests, mainly due to disruptions caused by the Covid-19 pandemic. Former Brazilian President Jair Bolsonaro was the last chief guest to attend the 2020 celebrations.

Sisi is visiting India from January 24 to 27 and is the chief guest at the Republic Day celebrations on Thursday.

He is accompanied by a high-level delegation, including five ministers and senior officials. Notably, India and Egypt are celebrating this year’s 75th anniversary of diplomatic relations.

That evening, President Dupardi Murmu will host a state dinner for the visiting dignitaries.

India and Egypt have decided to take their bilateral trade to $12 billion in the next five years, Prime Minister Narendra Modi said on Wednesday after delegation-level talks with Egyptian President Abdel Fattah el-Sisi.