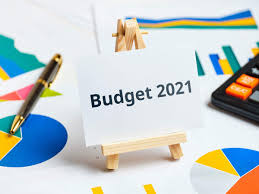 India’s fiscal deficit target for 2021-22 is a little bit higher than expected, a Moody’s analyst said on Monday, after the government presented its federal budget to reignite economic growth hamstrung by the coronavirus pandemic.
India’s finance minister, Nirmala Sitharaman, set a fiscal deficit target of 6.8% of GDP for the year ending March 2022, while for the current financial year it is estimated to jump to 9.5% – nearly thrice the government’s target of 3.5% set before the pandemic struck.
“The government is trying to balance between support for the economy and some measure of return to fiscal normalcy,” said Gene Fang, associate managing director, sovereign risk group, Moody’s Investors Service.
Fang said asset monetization by the government, which has generally been difficult to achieve, would be key to meeting the fiscal deficit projection given already weak tax collections.
Despite the limited fiscal headroom the government proposed doubling healthcare spending and a slew of infrastructure and transport projects to boost spending and spur growth. The government also said it aims to bring down the fiscal deficit to 4.5% of GDP by FY26.
“It’s good to know that there is some path towards that consolidation in our view,” Fang said. “I think it’s really going to be nominal GDP growth which has the biggest impact on how much achievable that is.”
The economy is projected to contract 7.7% in the current fiscal year ending in March but then gather steam in 2021/2022 to hit 11% largely on account of a low base.