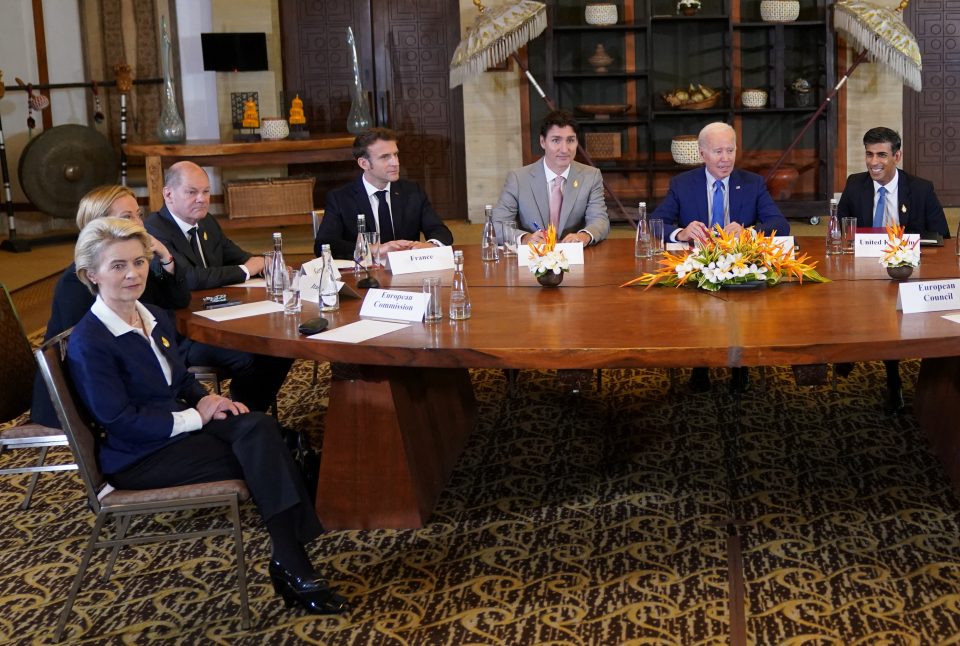 Leaders of G20 economies will meet for the second day of talks on Wednesday. However, the summit schedule was interrupted by an emergency meeting to discuss reports of missiles falling on Polish territory near Ukraine.

NATO member Poland said NATO had summoned Russia’s ambassador to Warsaw for an explanation after Moscow denied responsibility for a Russian-made rocket that killed two people in eastern Poland near Ukraine on Tuesday.

The blasts came after Russia hit cities across Ukraine with missiles in what Kyiv said was the heaviest wave of attacks in nearly nine months of the Russian invasion.

The Russian Ministry of Defence denied reports that Russian missiles had landed in Poland, saying it was a “deliberate provocation aimed at escalating the situation”.

G20 leaders were due to visit a site in Bali to plant mangroves on Wednesday morning, although the schedule for the Indonesia-hosted meeting did not always go as planned. Western-led condemnation of Russia’s invasion of Ukraine dominated Tuesday’s talks.

As in other international forums recently, the United States and its allies are seeking to issue a statement opposing Moscow’s military actions at the G20 summit.

But Russia said it is unfair to “politicise” the summit. Russia even bombed cities and energy facilities across Ukraine during the G20 meeting.