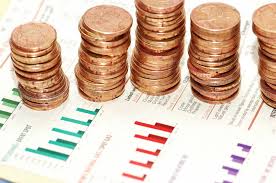 The Indian economy is forecasted to grow at its slowest in the 4 years in FY18, but it is estimated that it will take up the speed in second half of the year.

As per the first advance estimates released by the Central Statistics Office (CSO) on 5th January, GDP is seen growing at 6.5% in FY18, against 7.1% last year. Gross value added (GVA) growth is forecasted at 6.1% against 6.6% last year.

Further, as per Economic Affairs Secretary Subhash Chandra Garg, “GDP growth of 6.5%  for 2017-18 implies growth of 7% for the second half. This confirms a strong turnaround of the economy. Investment growth of almost twice of last year indicates investment reviving.”