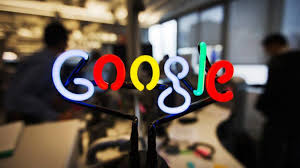 Google has begun to remove money-lending apps that do not comply with the country’s banking regulations from its Android Play Store following directions from the Reserve Bank of India (RBI) to monitor the glut of fintech applications hosted on the search giant’s platform.
In an exercise that began on Wednesday evening, over 30 lending apps have been taken down from the Play Store.
In a virtual meeting held earlier in January, RBI officials had alerted Google to hundreds of fintech loan applications that were live on the Play Store despite being non-compliant with local laws.
“The banking regulator has communicated its unhappiness over the proliferation of unregulated fintech apps on Google Play Store and advised them to take such applications down,” a source said.
A LazyPay spokesperson said that takedown was not on account of violation of compliance norm but “administrative lag”.
“We are working with Google to complete the documentation and will have the app up and running shortly,” the spokesperson added.
Apps such as Cashguru, 10MinuteLoan, Rupeeclick, Finance Buddha among others have also been removed in the last few days as per a list curated by policy researcher Srikanth L of Cashless Collective.
The RBI “also called a separate meeting with several fintech lenders last week to take their inputs to regulate the sector better and has announced the setting up of a working group,” said one official cited above.
Google India has placed the onus for compliance on lending applications that are still live on its app store, asking them to establish their credentials and prove their compliance with relevant local laws.