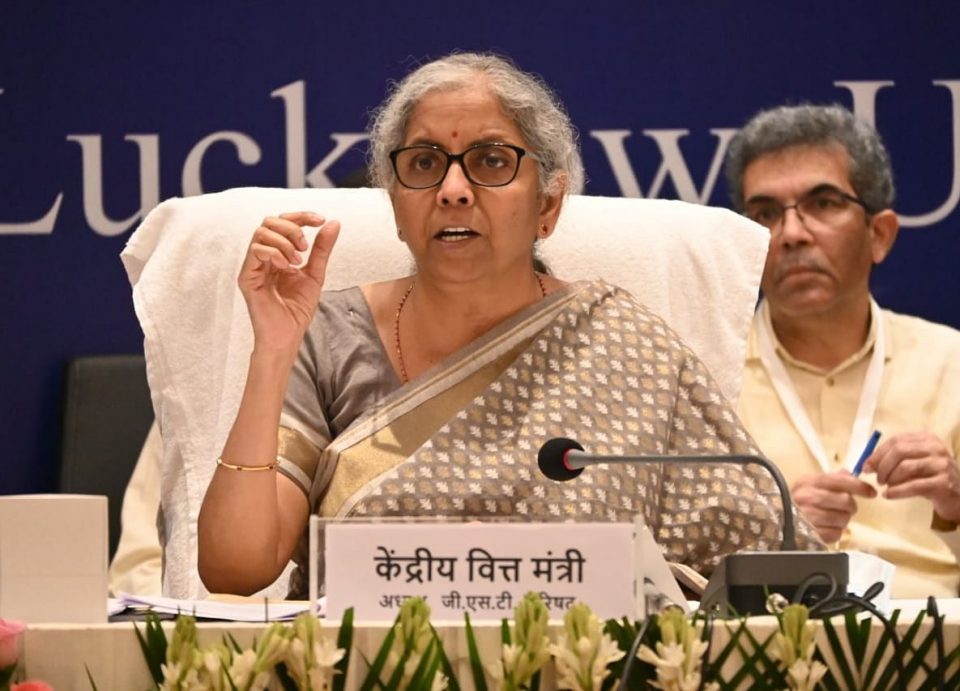 Union Finance Minister Nirmala Sitharaman announced the two GoMs after the GST Council’s 45th meeting in Lucknow. She said there were apparent anomalies in the structure as rates have gone up and down.

Sitharaman also said several “people-centric” decisions were taken at the GST Council meeting that met physically after a gap of nearly two years. The GST Council is an apex federal body on indirect taxes.

The GST Council also decided that food delivery aggregators like Swiggy and Zomato would now be responsible for collecting GST from consumers instead of the restaurants from where the food is bought.
A decision in this regard has been taken following reports that some restaurants were either not depositing the tax or it disappeared after collection of GST from the consumers.

“This is no new tax,” said Sitharaman.

She also said petrol and diesel would not be brought under the GST regime at this stage.

“This is not the time to bring them under the GST,” she said while speaking to media persons after the meeting.
Sitharaman said the issue was taken up on the GST Council’s agenda only because of the directives of the Kerala high court that asked the council to consider the matter. Many members said they didn’t want this, and the board will report back to the Kerala high court.

About the extension of the deadline for compensation to states for the shortfall in their GST collections beyond July 2022, she said the law provided the payment against shortfall in GST for five years. She told the cess to be collected after July 2022 (up to March 31, 2026) would be used for loan payment, and interest has taken last year or this year due to shortfall in the revenue. She said the collection of cess would be used for repayment of a loan. Several states have been demanding that the deadline be extended for five more years.