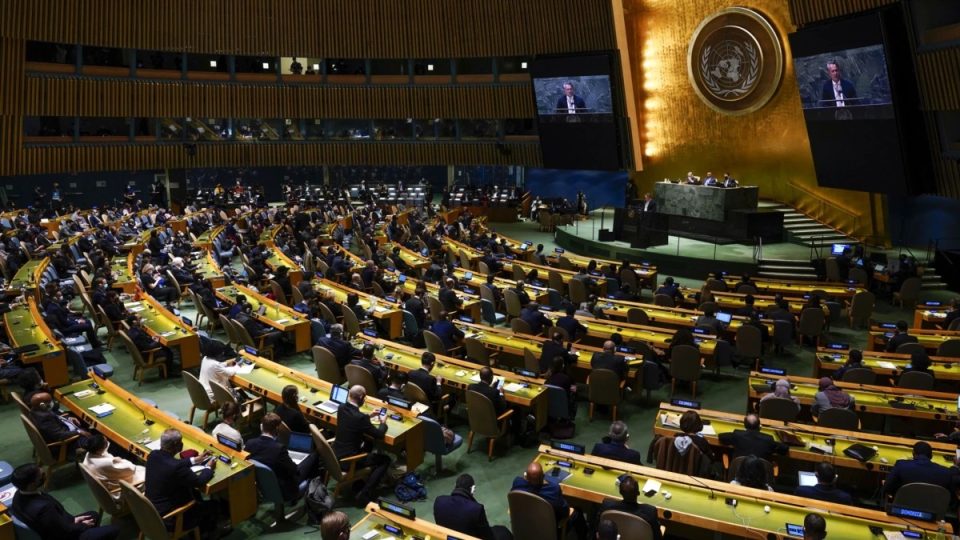 India stayed away from the UNGA resolution seeking compensation for Ukraine by Russia.

India abstained in the UN General Assembly on a draft resolution that would hold Russia responsible for its invasion of Ukraine in violation of international law and demand compensation from Moscow for damages, losses and injuries caused by the war.

Ukraine’s draft resolution entitled “Further remedies and reparations for the aggression against Ukraine” passed the 193-member UN General Assembly, which includes India, Bangladesh and Bhutan, on Monday with 94 votes in favour, 14 against and 73 votes. Adopted with recorded abstentions by Brazil, Egypt, Indonesia, Israel, Nepal, Pakistan, South Africa and Sri Lanka.

The countries that voted against the resolution were Belarus, China, Cuba, North Korea, Iran, Russia and Syria.
In explaining the vote after the draft passed, India questioned whether the compensation process would help resolve the conflict, warning against setting a precedent with such a resolution.

It acknowledged the need to establish an international mechanism in cooperation with Ukraine to compensate for damages, losses or injuries caused by “internationally wrongful acts of the Russian Federation in or against Ukraine”.

It recommends that UN Member States, in cooperation with Ukraine, establish an international register of losses containing all Russian information on evidence and claims for loss, loss or injury to natural and legal persons and the State of Ukraine. Internationally wrongful acts of the Federation in or against Ukraine.

The resolution expresses grave concern over the loss of life, the displacement of civilians, the destruction of infrastructure and natural resources, the loss of public and private property, and the economic catastrophe caused by the Russian aggression against Ukraine.