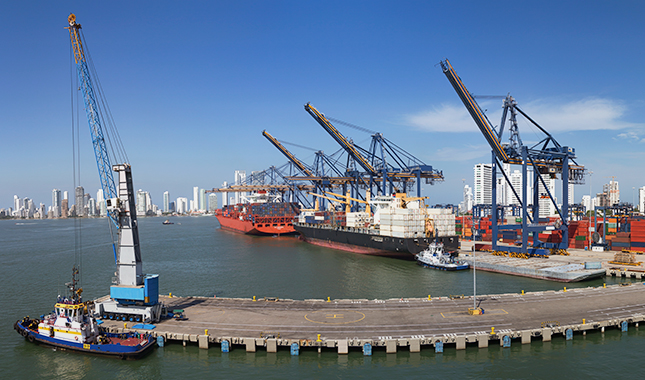 An Indian company entered into a $700 million deal to build a strategic deep-sea container terminal in Sri Lanka said, in a move seen as countering China’s rising influence in the region. The Sri Lanka Ports Authority (SLPA) said it signed an agreement with India’s Adani Group to build a brand-new terminal next to a $500-million Chinese-run jetty at the sprawling port in Colombo.

It said Adani would enter into a partnership with a local conglomerate, John Keells, and the Sri Lankan government-owned SLPA as a minority partner.

John Keells said it would have 34 per cent of the company while Adani will have a 51 per cent controlling stake in the joint venture known as the Colombo West International Terminal.

The new container jetty will be 1.4 kilometres in length, with a depth of 20 metres and an annual capacity to handle 3.2 million containers.

The first phase of the project with a 600-metre terminal is due to be completed within two years, the company said. The airport will revert to Sri Lanka ownership after 35 years of operation.

Plans to allow India into the strategic Colombo port goes back several years. Still, they were scuttled in February when trade unions linked to the ruling coalition opposed giving New Delhi a partially built terminal within the port.