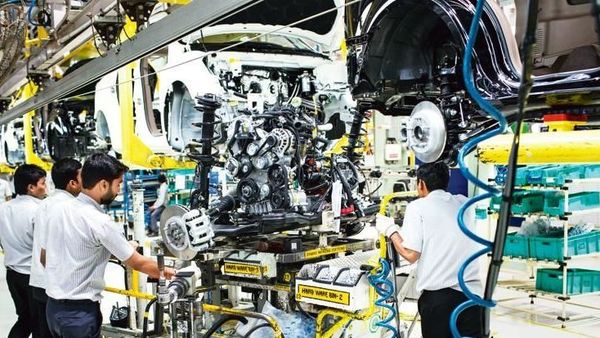 India’s manufacturing sector growth slowed to a four-month low in March as a nationwide lockdown, called to contain the COVID-19 outbreak, threw economic activity out of gear, according to a private survey released on Wednesday. The manufacturing Purchasing Managers’ Index (PMI) for India declined to 51.8 in March from 54.5 in February, according to data analytics firm IHS Markit. A figure above 50 indicates expansion, while a sub-50 print signals contraction.
The survey by IHS Markit tracks new orders, output, jobs, suppliers’ delivery time, and stocks of purchases for around 400 manufacturers. Eliot Kerr, an economist at the firm, said the most prominent signs of trouble for Indian manufacturers came from new export orders and future activity indices, which respectively indicated tumbling global demand and softening domestic confidence.
‘Should the trajectory of injections continue in the same vein, the Indian manufacturing sector can expect a much sharper negative impact in the coming months, similar to the scale seen in other countries,’ he added. The disruption in economic activity has led most economists to project contraction in GDP in the June quarter.
Other lead indicators also show a substantial impact of the COVID-19 outbreak on the economy. In March, India’s goods and services tax (GST) collection fell below Rs 1 trillion marks, at Rs 97,597 crore against Rs1.25 trillion target for the month. India’s largest carmaker Maruti Suzuki India Ltd’s domestic vehicle sales declined a sharp 48 per cent in March owing to the nationwide lockdown. The company sold 76,976 units in the domestic market against 147,613 units sold a year ago.
Read EquityPandit’s Nifty Outlook for the Week