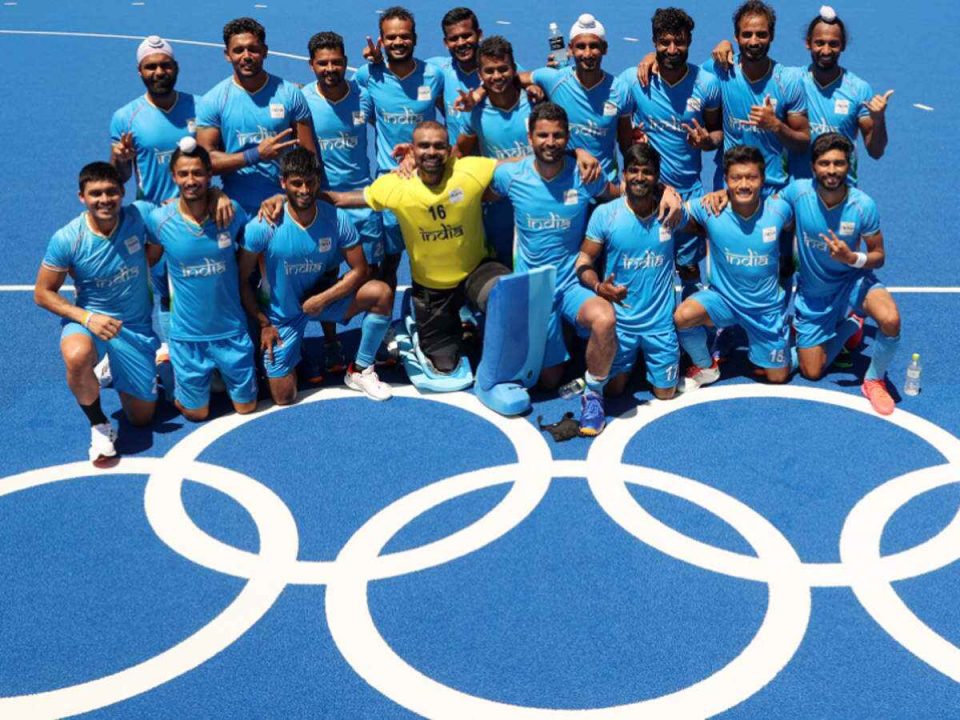 India men’s hockey team crushed Germany to win the bronze medal at the Tokyo Olympics on Thursday. India won an Olympic medal in hockey after 41 years, before India had won a gold medal in the 1980 Olympics in Moscow.
It was a thrilling match between the teams. Germany took an early lead, with Timur Oruz scoring within the first two minutes of the game. Germany troubled Indian defence in the first quarter, but in the second quarter, India came back in the game to level the scores.

India’s Simranjeet Singh scored from a perfect tomahawk shot, but defensive mistakes led to Germany scoring two more goals. Just when everyone thought India is in trouble, two penalty corners for India produced results as Hardik Singh, Harmanpreet Singh scored to level the scores at 3-3 by halftime. India just dominated in the third quarter as Rupinder Singh converted the penalty score, and India got the lead and grabbed the bronze medal by 4-5. The German team started well, but from the third quarter onwards it was all about India!