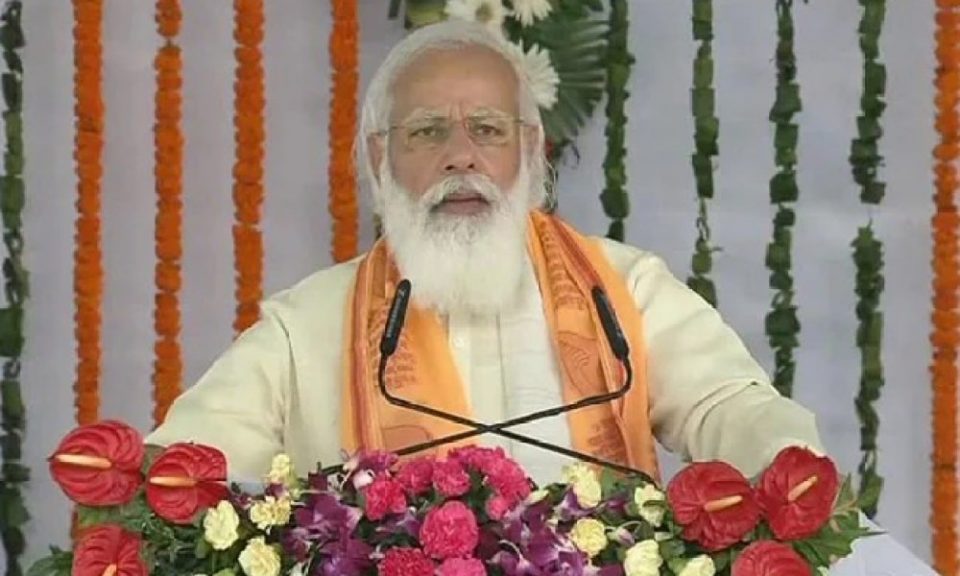 The inauguration ceremony of the international cooperation and convention centre called ‘Rudraksh’ in Varanasi, which is built with Japanese support. The inauguration ceremony of the centre was attended by Japan’s ambassador in India, Satoshi Suzuki. Japanese PM Suga sent a video message which said the convention centre was a “symbol of friendship between Japan and India”. He said Varanasi has had a close relationship with Japan and has maintained cultural and academic exchanges with Kyoto.

“Japan and India share major values such as freedom, democracy, and the rule of law and strategic interests. Both countries have kept cordial relations through the long history of exchanges,” said Suga. He added that Japan would work with India in defeating the Covid-19 virus and making efforts to develop bilateral ties under the ‘Special Strategic and Global Partnership’ through participation in areas like green society, digital, cyber, healthcare, and enhancing connectivity. He also looked forward to coming to India at an ‘appropriate timing’ to strengthen Japan- India relations with PM Narendra Modi.

PM Modi, in return, thanked PM Suga for his engagement in the project that allowed the ‘gift’ that Kashi has got. “The PM was the chief cabinet secretary at the time. Since then, he has been personally involved in the project. Another person I cannot forget to mention is another friend of mine from Japan, Shinzo Abe,” Modi said.