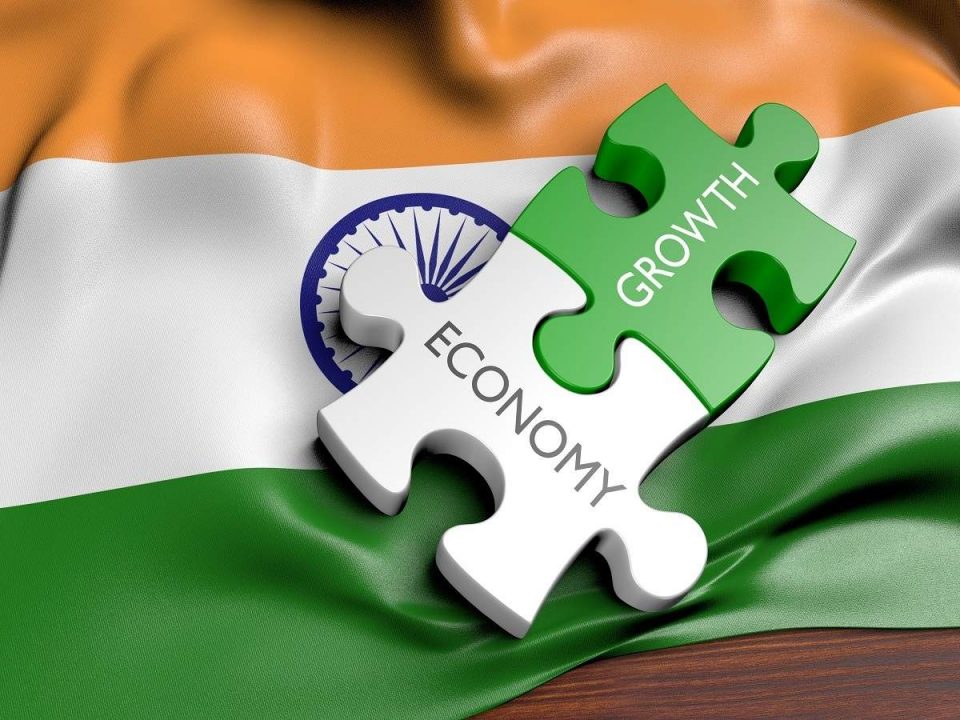 The economy of India is a Middle Income Developing market economy. According to data, it is the world’s fifth-largest economy by nominal GDP and the third-largest by purchasing power parity (PPP). The growth of the Indian economy was consistent and positive due to its young population, development in the primary sector, globalisation in India, and integration into the global economy. At times, the economy lost its graph, especially in 2017, due to the ‘Demonetisation in 2016’ and the introduction of ‘Goods and Service Tax in 2017’. Apart from household consumption, India’s GDP is also influenced by Government spending, investment, and exports.

Besides, the utterly different sector that contributes to the global economy is the Indian stock market. The stock market is where investors can buy and sell shares of publicly traded companies. The economy represents how money is made and spent by a country’s citizens, companies, and governments. Let us understand the contribution of the stock market and its impact on the Indian economy. While understanding the economy, we will also know about Gross Domestic Product (GDP) and its types as it plays a crucial role in the economy and how the stock market affects GDP. As monsoon has arrived, there may be fluctuations in the stock market’s graphs due to agricultural production and its result in inflation in goods. Currently, SEBI has also allowed foreign stocks within the industry’s aggregate mandated limit of $7 billion.

Some key facts about the stock market that impact the Indian economy are as follows.

The wealth effect is a behavioural economic theory suggesting that people spend more as the value of their assets rises. A higher portfolio performance leads portfolio holders and consumers to see themselves as wealthier individuals. This makes them likely to spend more and more money on non-essential or luxury items. In Dec 2014, the value of the UK stock market was US $6.06 trillion, so it has a big impact on wealth. It is not predictable that the stock market will always lead to economic growth. As per the report, if we observe 2021-2022, the stock market will exhibit high consistency, and millions of new Demat accounts will be opened. On the contrary, our growth measured by GDP fell almost every quarter during the financial year. One of the reasons behind this was the outbreak of Covid-19.

Anybody with a private pension or investment trust will be affected by the stock market direct or indirectly. Many pension funds invested in the stock market lead to a drastic fall out in prices, resulting in the devaluing of these funds and future payouts as Pension fund capital is devoted almost entirely to the financial markets.

Bonds affect the stock market because when bonds go down, stock prices go up. And when bond prices go up, stock prices tend to go down. When investors sell bonds, prices drop, and their yields rise. A higher yield spells greater risk. But, during periods of economic expansion, bond prices and the stock market move in opposite directions because they compete for capital. Even if the stock market crashes, the company’s credit rating falls, but blue-chip companies are always on their attitude during the thundering economic crisis. Thus, it makes their bond market a safe-haven investment for them.

How does the stock market affect the GDP?

Here are some of the key concepts that affect the GDP.

The ups and downs in the stock market affect consumer spending. For example, if an individual is intelligent and has a perfect investment plan, he will convince himself to invest more in equities and secure his future in it. But on the contrary, if the investments are performing poorly, he would wait to invest more and choose another way of earning additional income.

It is observed that the rise and fall of share price values affect the company’s market capitalisation and also its market value. The higher the share is priced, the more is the income generated and vice versa. Rising stock prices make it easier for corporations to raise funds, and changes in stock prices can affect business strategies.

Their spending includes building roads, bridges, and subsidies for common people, industries, and agriculture. It is an investment wherein the assets are also generated for the welfare of society and government. Governments can make broad changes to monetary and fiscal policy, including raising or lowering interest rates, which greatly impacts business.

Bear can be defined as a market which has declined by more than 20% and is followed by negative investor sentiment and a declining economic perspective. The fall in consumer spending is accompanied by increased unemployment and further uncertainty about the future. The contracting spending and investment due to lower confidence ultimately negatively impact GDP.

The bull market is a phase when the equities market is rising to its peak. The stock market primarily affects gross domestic product by influencing an individual’s financial conditions. If a corporate firm launches its IPO or FPO, it can use those found for expansion and diversification and in new projects. Besides, they can generate employment opportunities that can further boost a country’s GDP.

The Onset of Monsoon!

Agriculture: The Prime Backbone of Economy

Monsoon plays a crucial role in the agricultural and production processes. The fluctuations in it can create ups and downs in the graph of the stock market and the Indian Economy. Sufficient rain is required for agrarian activities that can help create some surplus production for the country. When India receives an unexpected and proper amount of rainfall in a year, it results in crop failure leading to the loss in the food graph. Besides, when the output of these crops remains lower than earlier due to rainfall, it knocks the country’s GDP. Thus, it creates a lack of confidence in the investor’s minds to invest at times of monsoon.

Allen Savory says, “Agriculture is not cropped production as popular belief holds – it’s the production of food and fibre from the world’s land and waters. Without agriculture, it is not possible to have a city, stock market, banks, university, church, or army. Agriculture is the foundation of civilization and any stable economy”.