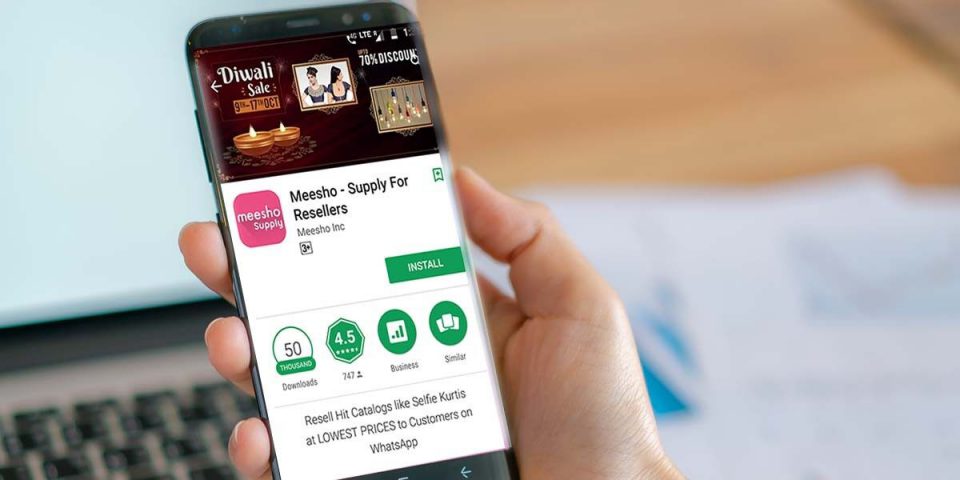 On Thursday, Meesho said that it had raised $570 million led by Fidelity Management & Research Company and Facebook, Inc. co-founder Eduardo Saverin’s B Capital Group. In five months since the last round of funding, Meesho recorded 2.5x growth in order volume.

Existing investors Prosus Ventures, SoftBank Vision Fund 2 and Facebook also participated in this round. Some of the other new investors include Footpath Ventures, Trifecta Capital and Good Capital. In April, Meesho became a unicorn after raising $300 million led by Japan’s SoftBank Group Corp. The fund-raise then valued Meesho at $2.1 billion, a threefold jump from its previous funding round of $125 million in 2019 when it was valued at $700 million.
With the new round of funding, Vidit Aatrey, CEO of Meesho, said the company would double down on product and tech capabilities.

“Our focus will be on India, so we will continue to invest, to go deeper into the country, and find more people to come and sell on the platform. We plan to triple our tech and product team over the next 12 to 18 months. Our broad goal is to get 100 million monthly transacting customers on our platform by the end of next year. At the beginning of this year, we started our grocery vertical, and we plan to double down significantly and grow this aggressively,” Aatrey said in an interview.

Since the last round of funding in April, Meesho said it has raised its order volume 2.5X times and added new product categories to its roster including sports and fitness, pet supplies, and automotive accessories.