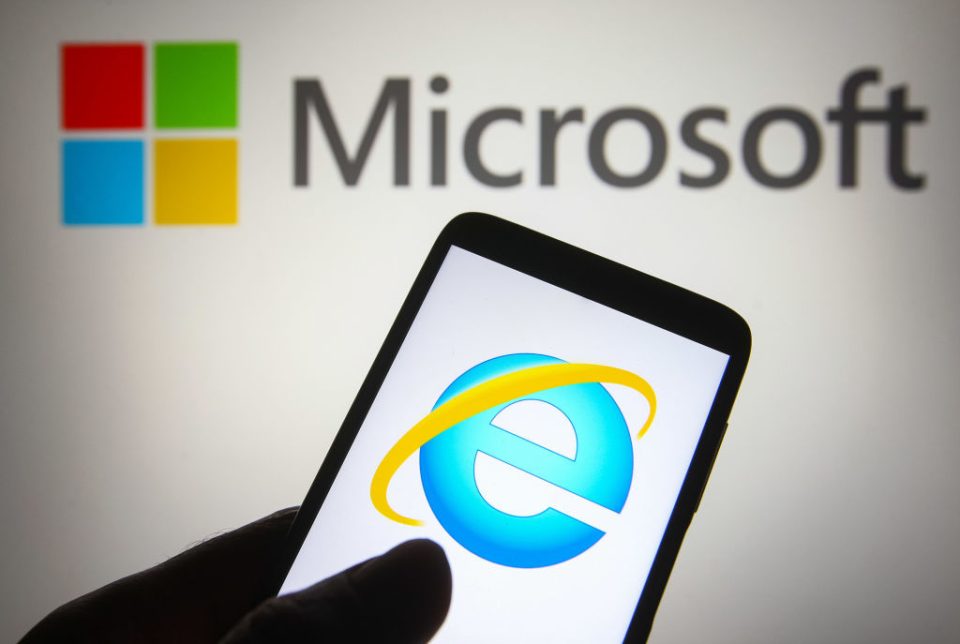 UKRAINE - 2021/08/31: In this photo illustration an Internet Explorer (IE or MSIE) logo is seen on a smartphone with a Microsoft logo in the background. (Photo Illustration by Pavlo Gonchar/SOPA Images/LightRocket via Getty Images)

Explaining the situation, Sean Lyndersay, general manager of Microsoft Edge Enterprise, said: “Eventually, Internet Explorer will be permanently disabled as part of a future Windows update, at which point the Internet Explorer icon will be removed from their device.”

“All these versions of Internet Explorer today will not be removed immediately but will be gradually redirected to Microsoft Edge on all of these devices over the next few months,” Lyndersay said.

In addition, Lyndersay revealed, “For certain versions of Windows that are currently supported and used in critical environments, we will continue to support Internet Explorer on those versions until they cease support. This includes all currently supported versions of Windows 10 LTSC (including IoT) and all Windows Server editions, as well as Windows 10 China Government Edition, Windows 8.1, and Windows 7 with Extended Security Updates (ESU).”

As mentioned above, Microsoft recently announced the retirement of Internet Explorer after 27 years of service.