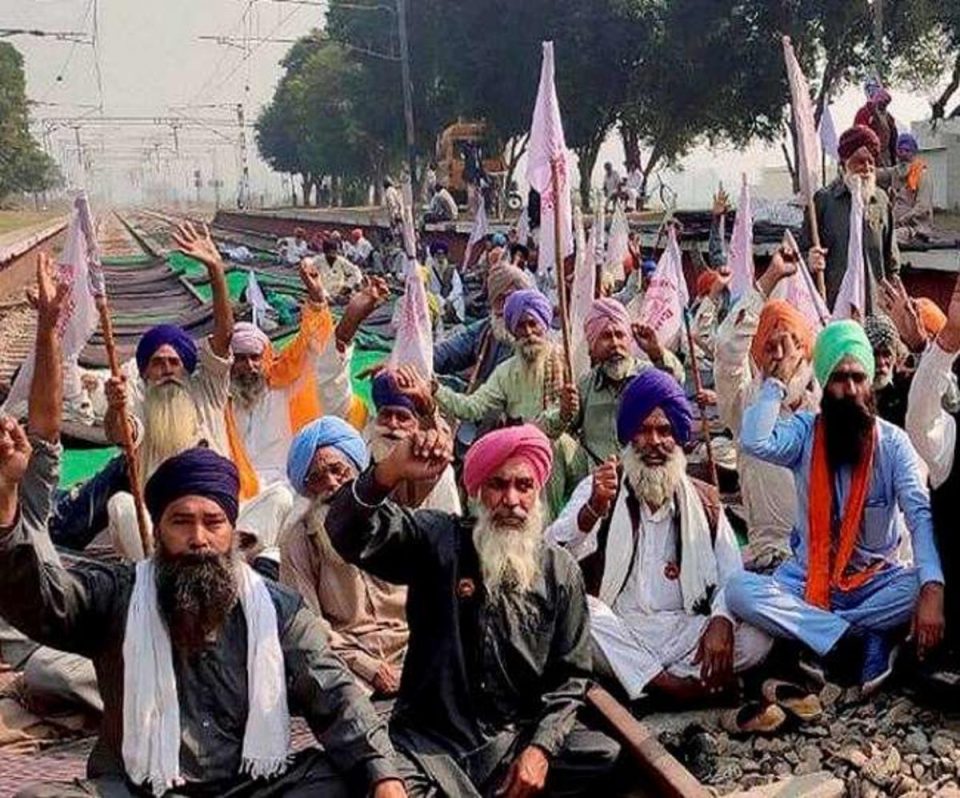 The protesting farmers’ unions will hold a nationwide ‘Rail Roko’ program for four hours on Thursday as part of their agitation against the three contentious farm laws. The farmers have planned to carry out a peaceful protest between 12 pm and 4 pm, according to Jagtar Singh Bajwa, spokesperson of the Kisan Andolan Committee, Ghazipur border.
“We will offer refreshments to the passengers to avoid inconvenience,” said Bajwa. Meanwhile, the Samyukta Kisan Morcha (SKM), an umbrella body of 40 farmers’ unions, has called for a peaceful protest, expecting to get support for the program from across the country. “Appeal to everyone for a peaceful protest in nationwide ‘Rail Roko’ program on February 18 from 12 noon to 4 pm,” it said.
Demanding that the government resolve the farmers’ issues immediately, SKM said: “It is clear that instead of resolving the ongoing struggle’s demands, BJP is trying its best to counter and destroy it. SKM condemns this attitude of the ruling party and demands that the government resolves the farmers’ issues immediately without any further delay. SKM vows that it will intensify the struggle and mobilize more farmers in its support.
The statement came in the light of a high-level meeting presided over by BJP chief JP Nadda, Union Home minister Amit Shah and Union agriculture minister Narendra Singh Tomar was attended by leaders from all ranks from states of Uttar Pradesh, Haryana, Punjab, and Rajasthan.
Farmers’ unions had said that they will close all toll plazas in Rajasthan and make them free from 12 February. Following this, a candle march or ‘mashal juloos’ was taken out, accompanied by other activities, on 14 February across the country to remember the sacrifices of martyred soldiers in the Pulwama attack.