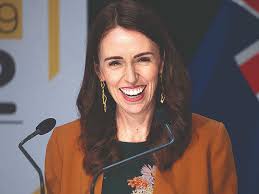 New Zealand’s borders are likely to remain closed for most of the year depending on the progress in the vaccination campaign against the coronavirus, Prime Minister Jacinda Ardern said on Tuesday.
New Zealand closed its borders to foreigners and non-residents in the spring of 2020, when the global COVID-19 crisis kicked off.
“Given the risks that exist in the world, and the uncertainty with the introduction of vaccines, we can expect that this will affect our borders for most of the year,” Ardern said at a briefing broadcast on her Facebook page.
The prime minister explained that the borders could be opened either when the vaccination curbed the virus’ transmission among the population or when enough citizens were inoculated to allow safe entry.
Despite the closure of borders, New Zealand will keep special “tourist bubbles” with Australia and the countries of the Pacific region, she noted.
Ardern also said that the country’s health authorities were expected to authorize the Pfizer/BioNTech candidate as the first vaccine in the national portfolio next week, with the first batches anticipated to be delivered in late March. Notably, the government secured 1.5 million doses of the Pfizer vaccine last October.
The country also signed agreements with the UK’s AstraZeneca and the US’ Novavax pharmaceutical companies to purchase 7.6 million and 10.72 million doses of their vaccines, respectively. New Zealand is also eligible for 5 million pre-ordered doses of the vaccine developed by Belgium’s Janssen Pharmaceutica firm.
The government plans to start a mass vaccination campaign against the coronavirus in the second half of 2021, with the priority given to border guards and those most exposed to the pandemic.