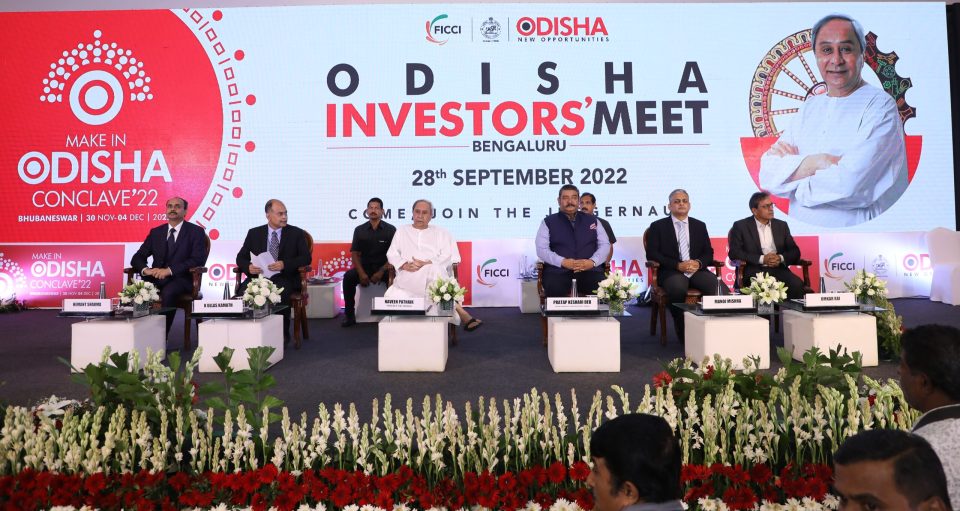 The Odisha government said it had received 145 investment proposals worth over Rs 7.26 lakh crore at the business summit.

On Thursday, the Naveen Patnaik government signed 21 MoUs with various companies on the second day of the ‘Make in Odisha’ Conclave 2022. JSW Group alone has pledged to invest Rs 1 lakh crore in the state, an official said.

Odisha Industry Secretary Hemanth Sharma said that if investment intentions worth Rs 7,261,28.45 crore are shelved, more than 320,000 jobs will be created.

On the same day, the state government announced its plans for the Renewable Energy Policy 2022. CM Naveen Patnaik has assured investors of his full support for their projects.

In a confidential meeting, JSW Group Chairman Sajjan Jindal said that of the Rs 60,000 crore pledged by the company at its last event in 2018, more than Rs 30,000 crore has already been invested, and the rest will be invested soon.

“Today, we committed to investing another Rs 1 lakh crore in various sectors in the state,” the JSW chief said on Thursday, adding that the investment would be used to build a large greenfield steel plant at the silicon factory Paradip. It will be used in the manufacture of solar panels, as well as in many fields, such as renewable energy.

Karan Adani, CEO of Adani Ports and SEZ Ltd, said the company had invested Rs 7,600 crore in Odisha, with a planned capital investment of over Rs 60,000 crore in the next ten years.

“Our investment in the state continues to accelerate, and the Adani Group has invested Rs 7,600 crore over the last five years to develop the LNG terminal, Dhamra port and our mining activities,” he said.

Adani announced that the 5 million tons of LNG receiving terminal in Damla would be put into operation in December this year. The project requires an investment of Rs 5,200 crore. “We already plan to double our capacity over the next five years,” he said.

Anil Agarwal, chairman of Vedanta Ltd, said his company is the largest investor in Odisha, having invested Rs 80,000 crore and will invest another Rs 25,000 crore in the proposed Jharsuguda Aluminium Park. He urged industrialists to invest in Odisha as it has a “favourable business environment”.

ArcelorMittal Executive Chairman Lakshmi Niwas Mittal told the plenary meeting of the secret meeting: “In the joint venture with Nippon Steel, we will build a 24-million-ton factory.” Mittal recalled his relationship with former Odisha CM Biju Patnaik, the father of Naveen Patnaik.

In his speech, the businessman highlighted how the Odisha government could speed up work, for which he could sign a memorandum of understanding within two hours to set up a steel mill in Kendrapara district.

The steel park “will greatly benefit small, medium and micro enterprises and make the country a role model for investment,” he said.

“The company has become the largest steel producer in Odisha. Our capacity in the state has reached 8 million tonnes, and in this fiscal year, we plan to double that capacity,” he said.

Essar, in partnership with an international company, has also proposed the development of a 7.5 MMTPA crude petrochemical complex (CTC), involving an investment of around Rs 40,000 crore, he said.