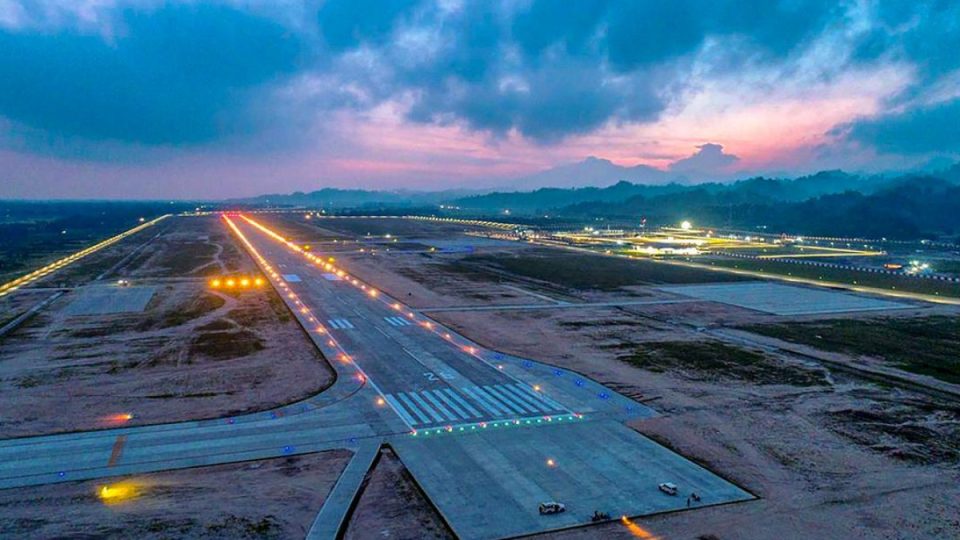 On Saturday, Prime Minister Narendra Modi on 19 November will inaugurate the first greenfield airport, ‘Donyi Polo Airport’ in Itanagar at Holangi in Arunachal Pradesh. The airport’s name, ‘Donyi Polo Airport,’ reflects the state’s traditional and rich culture, which means ‘Donyi’ – The Sun and ‘Polo’- The Moon.

The foundation stone for Greenfield Airport at Hollongi and inaugurated a retrofitted Tezu airport in 2019. Over 690 acres have been covered for the airport development at a higher cost of Rs 640 crore.

Since 2014, media reported that aircraft movement in the North East has witnessed an increase from 852 per week to 113 per cent per weekend in the current year, 1817 per week.

The new airport’s runway is 2,300 metres, which is suitable for the landing and take-off of the Boeing 747, India’s largest passenger aircraft. On 18 October 2022, Indigo Airlines successfully tested its aircraft at Greenfield Airport.

Meghalaya, Sikkim, Mizoram, Nagaland and Arunachal Pradesh are five north-east states airports where flights have been taking off for the first time in 75 years.