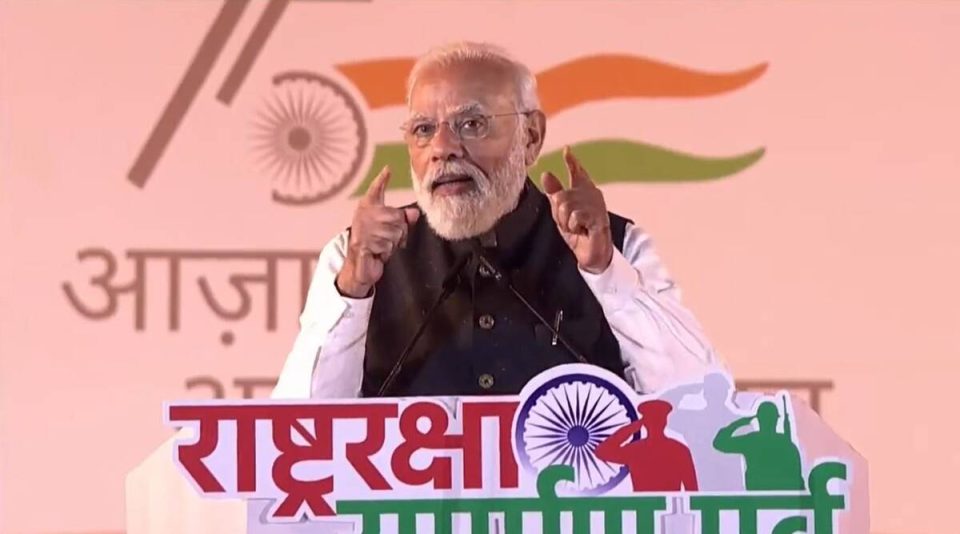 PM Modi laid the foundation stone of multiple projects of over Rs 3,425 crore to promote growth in the Bundelkhand region of Uttar Pradesh. He laid the foundation of a 600-megawatt Ultra Mega Solar Power Park. He also launched a Rs 400-crore project at the Jhansi node of Uttar Pradesh Defence Industrial Corridor. He also inaugurated Atal Ekta Park in Jhansi. Named after former Prime Minister Atal Bihari Vajpayee, the park is valued at over Rs 12 crore and is about 40,000 square metres. The park has a statue of Atal Bihari Vajpayee.

At the ceremony, PM Modi formally gave light combat aircraft built by Hindustan Aeronautics Limited (HAL) to the Air Force Chief, drones and UAVs to the Army chief, and the DRDO designed advanced electronic warfare suite for naval ships to the Navy chief. The prime minister also inaugurated over Rs 3,240 crore worth of projects for farmers in the Bundelkhand region.