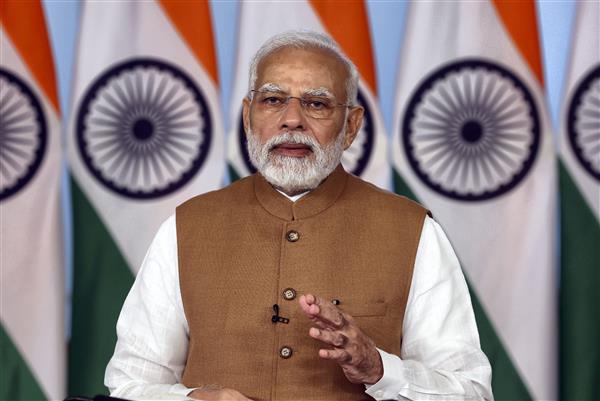 PM Modi will today name 21 unnamed islands in the Andaman and Nicobar Islands.

Following the Param Vir Chakra winners, Prime Minister Narendra Modi will today name 21 unnamed islands in the Andaman and Nicobar Islands via video conference. He will also unveil a model of the Netaji National Monument, which will be built on Netaji’s Subhas Chandra Bose Dweep, on the occasion of Netaji’s birth anniversary on January 23.

Sharing the update via his Twitter account, PM Modi wrote: “Tomorrow, on Bravery Day, there will be a special program honouring the heroic children of Indian mothers. I will be participating via video conference at 11 am. In the meantime, The 21 largest unnamed islands in Andaman and Nicobar will be named after 21 Param Vir Chakra winners.”

In a release about the event, Prime Minister’s Office(PMO) said, “Giving the country’s real-life heroes the respect they deserve has always been a top priority for the prime minister. In keeping with that spirit, it has now been decided to name the 21 largest unnamed islands in the group after the 21 Param Vir Chakra awardees.”

Salute forever to the heroes of India, many of whom made the ultimate sacrifice to ensure the sovereignty and integrity of India.