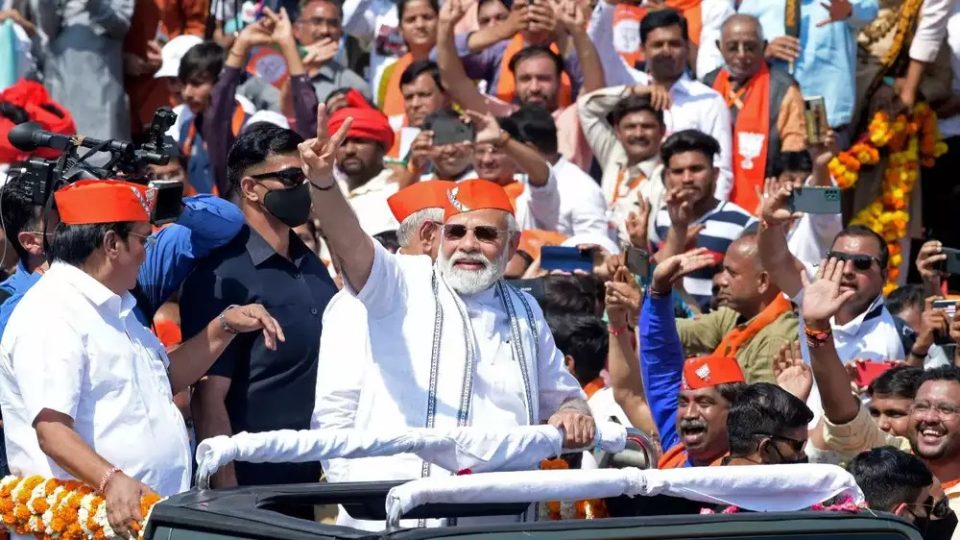 After a gap of two days, Prime Minister Narendra Modi will once again return to the Gujarat election campaign and this time with a three-hour mega roadshow.

Prime Minister Narendra Modi will return to Gujarat’s election campaign today after a two-day hiatus – this time with a massive three-hour roadshow in 16 assembly constituencies for the second phase of elections.

According to the BJP, the roadshow will cover more than 50 kilometres, starting from Naroda Gam and ending in Gandhinagar South constituency.

Thakkarbapanagar, Bapunagar, Nikol, Amraiwadi, Maninagar, Danilimbda, Jamalpur Khadia, Elisbridge, Vejalpur, Ghatlodia, Naranpur, Sabarmati are some of the constituencies that PM will be cover in his roadshow.

BJP’s chief ministerial candidate, Bhupendra Patel, is vying for the Ghatlodia seat. From 2001 to 2014, Prime Minister Modi was the longest-serving chief minister of Gujarat.

Meanwhile, voting for the first phase of the election is underway. Results will be announced on December 8 after the second voting stage on December 5.