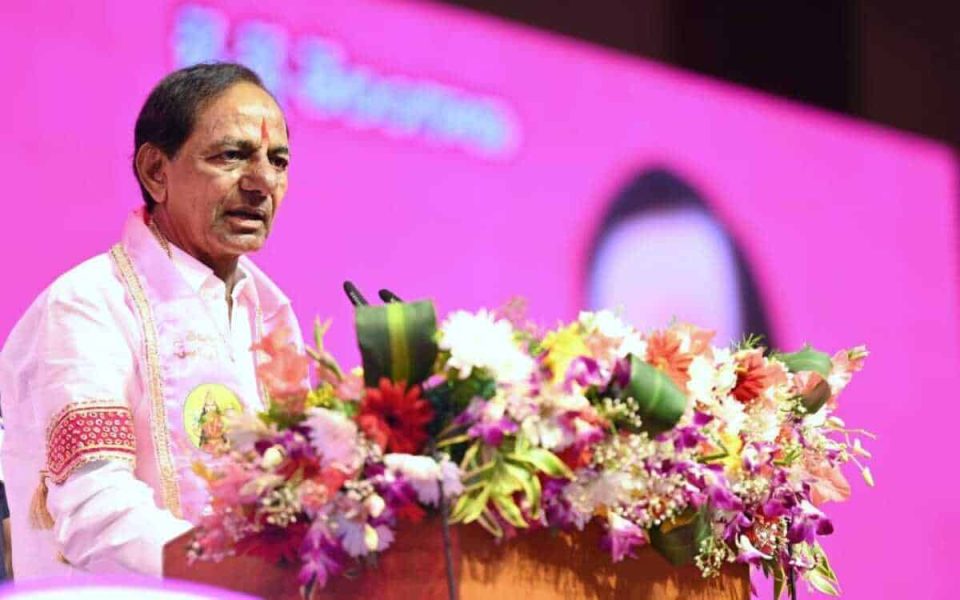 Telangana Chief Minister K Chandrasekhar Rao is eager to take on a national role ahead of the 2024 general election, and his party’s new version, Bharat Rashtra Samithi (BRS), is launched in time for the recommended “auspicious hour” at 1:19 pm today.

The “name change” was relayed to the Election Commission, which has certain rules for recognizing any political party as a national.

KCR has clarified that he intends to challenge the BJP and Prime Minister Narendra Modi in 2024. Over the past year, he has greatly escalated his rhetoric against the Bharatiya Janata Party, skipping Prime Minister Modi’s events and often not even hosting him at the airport on his visits.

Today, the big launch was attended by former Karnataka Chief Minister HD Kumaraswamy and DMK ally Thol Thirumavalavan. But in a strategic adjustment, KCR has reached out to farmers’ groups and unions to build an alliance that reflects the aspirations of different segments of society.

The KCR is scheduled to hold a rally on December 8, when the centre’s Congress government announced a separate Telangana state in 2009.

The BRS may soon face its first election, but polls are expected in Telangana-Munugode on November 4. The party is also likely to contest parliamentary elections in Gujarat, Maharashtra, Karnataka and Delhi.

The party wants to keep its cars’ electoral emblem and pink colour but is a long way from officially becoming National.

KCR told party leaders they had to visit different states to talk about the “very successful” welfare scheme in Telangana over the past eight years to increase the party’s political influence.