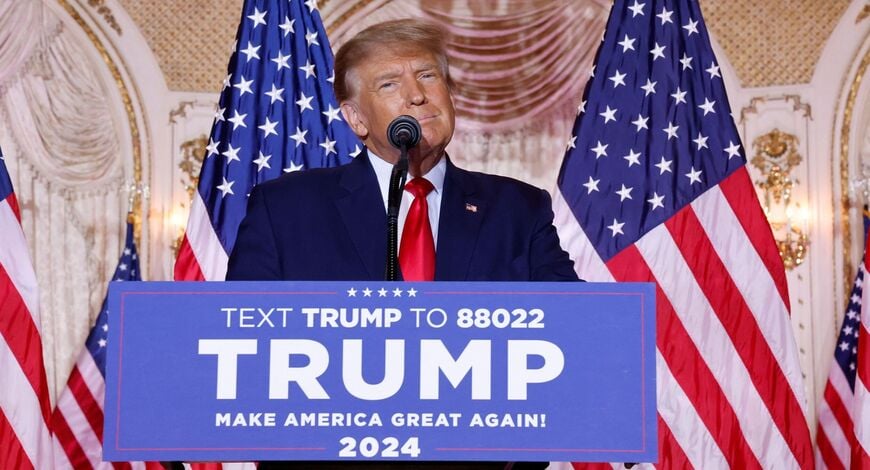 Aides to Donald Trump filed paperwork for the 2024 presidential bid on Tuesday. The former US president greeted supporters at his Gilded Edge resort in Florida, where he is expected to announce his new bid for the White House.
“America’s comeback begins now,” Trump told phone-waving donors and long-time supporters.

Trump is expected to make the announcement later on Tuesday after a disappointing performance in last week’s congressional midterm elections that many Republicans blamed on him.

The unusually early start is likely aimed at fending off potential challengers for the party’s nomination in 2024, including rising star Florida Governor Ron DeSantis, 44, and Trump’s own former vice president, Mike Pence, 63.

Republicans are closing in on the 218 seats they need for a majority in the 435-seat House. Despite those concerns, Trump plans to start his campaign nearly two years before the Nov. 5, 2024, election, two sources familiar with Trump’s plans said.

Pence published a book on Tuesday detailing Trump’s unsuccessful campaign to pressure him out in 2020. Trump gave DeSantis the derisive nickname “Ron DeSantimonios,” and he easily won re-election last week.