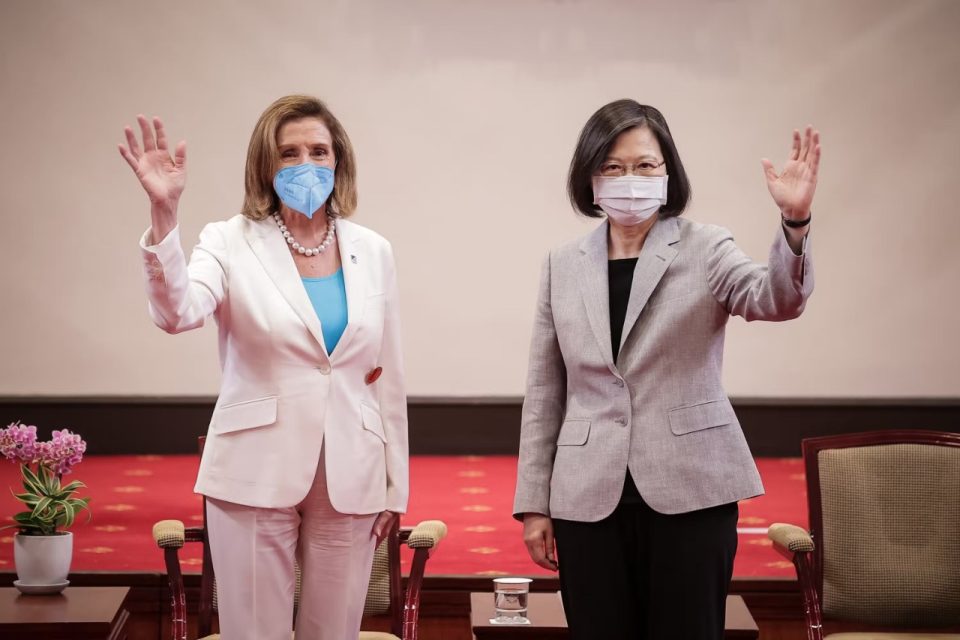 Nancy Pelosi, Speaker of the United States House of Representatives, has officially visited Taiwan during her high-profile Asia trip. This is the highest-ranking US official to visit a self-ruled island in 25 years. Before this, then-House Speaker Newt Gingrich visited Taiwan in 1997.

During her visit, the US Speaker met Taiwan President Tsai Ing-wen. She reiterated US commitment to the island’s democracy. She further said that the US would not abandon Taiwan and that America’s solidarity with Taipei remains crucial. She also met representatives of Tibet during her visit to Taiwan.

Taiwan President Tsang Ing-wen gave the Order of Propitious Clouds with Special Grand Cordon to US House Speaker Nancy Pelosi for championing the cause of democracy and contributions to furthering the relations between Taiwan and the US.

China has ferociously reacted to this development, considering this visit a violation of China’s sovereignty & territorial integrity. Consequently, China has started military drills around Taiwan Strait to punish Taiwan.

Considering the seriousness of the issue, Taiwan, under the supervision of the US Speaker, is negotiating with Japan and the Philippines to find alternative aviation routes as the former consider aggressive military drills a blockade.

Mainland China and Taiwan split during a civil war in 1949. However, China considers the island its own territory and has not refrained from increasing diplomatic and military pressure. While the US is firm about its one-China policy, China sees this visit as an encouragement to make the island’s decades-old de facto independence permanent.