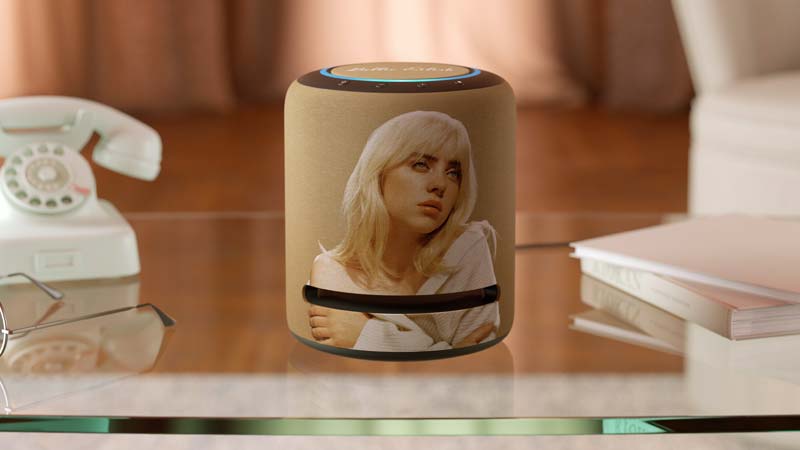 Amazon has partnered with singer Billie Eilish to launch a limited-edition Echo Studio with the singer’s face on the device’s front. A picture which is the album cover for “Happier Than Ever” has been printed on the speaker fabric and is Amazon’s first foray in Celebrity Skins. The limited-edition Echo is $30 more expensive than a regular Echo, and buyers will be able to listen to her new album in Spatial Audio.

In a statement by Amazon on the singer’s behalf, Billie Eilish said, “My new limited-edition Echo Studio is open for pre-order now. I cannot wait for my fans to listen to my new album Happier Than Ever in spatial audio, which is available on Amazon Music Unlimited.”

Everything else about the Echo Studio is still the same. It has a 5.25-inch loudspeaker for that extra thump and 330W power. There is also a 1-inch tweeter, three 2-inch mid-range speakers, 24-bit DAC and a 100 kHz power amplifier.