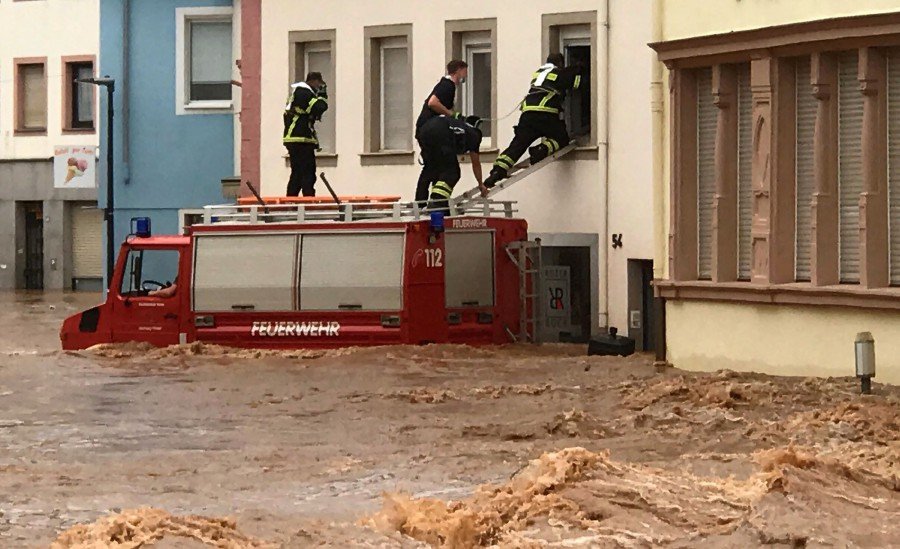 Heavy rains and floods in western Europe have killed at least 68 people in Germany, and many more people are missing as increasing waters caused several houses to fall on Thursday. Germany is undergoing one of the worst weather disasters since World War II; desperate residents sought refuge on the roofs of their homes as rescue helicopters circled above.

Hefty rains also flooded neighbouring countries Luxembourg, the Netherlands and Belgium. German Chancellor Angela Merkel said her “heart goes out” to the victims of the flooding. “I fear that we will only see the full range of the disaster in the coming days,” she said, adding that the government is doing its “utmost to help in their grief”.
US President Joe Biden offered his “sincere condolences and the sympathies of the American people for the huge loss of life and destruction”. Around 15,000 German emergency services, police and army, were on the ground in the worst-hit areas.