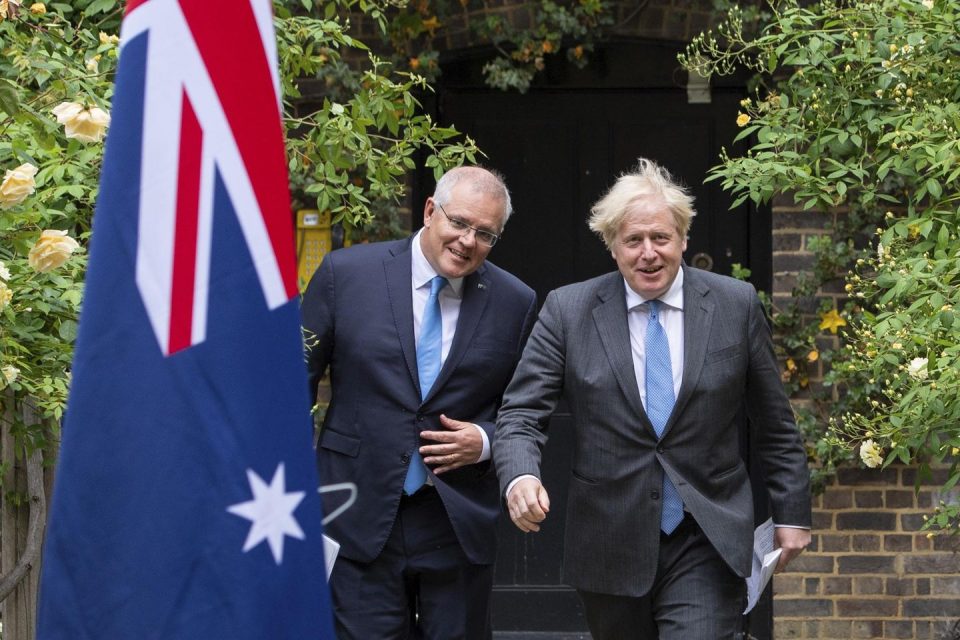 Britain and Australia announced a free trade deal on Tuesday which London said would get rid of tariffs on all British goods and boost jobs and businesses across the country. “Today marks a new dawn in the UK’s relationship with Australia, supported by our shared history and common values,” British Prime Minister Boris Johnson said in a statement.

Britain said it had agreed on a cap on tariff-free agricultural imports from Australia for 15 years with the aim of protecting farmers in Britain ahead of the agreement. Cars, Scotch whisky, and confectionery will be sold cheap in Australia because of the agreement, Britain said. The main elements of the deal were agreed by Johnson and his Australian counterpart Scott Morrison at a meeting in Downing Street late on Monday, the government said, with a final agreement in principle due in the coming days.