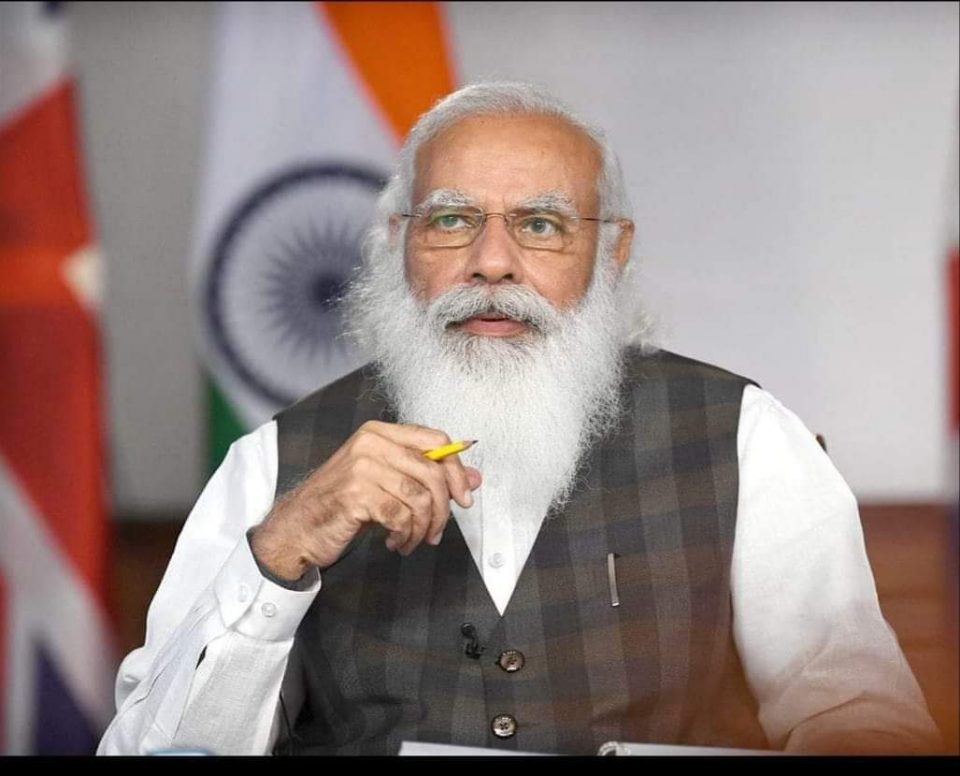 Prime Minister Narendra Modi is expected to join the UK-hosted G7 summit in Cornwall next month virtually, the British government said on Thursday after India’s Ministry of External Affairs announced that the prime minister would not be attending the meeting in person. Modi was invited by UK Prime Minister Boris Johnson as India is one of three guest nations to the June 11-13 summit, alongside Australia and South Korea, as part of Britain’s Indo-Pacific foreign policy focus. The guest leaders would be invited to take part in certain sessions of the Group of Seven meetings, presided by the UK and made up of Canada, France, Germany, Italy, Japan, the US, and the European Union (EU).

“We are of course disappointed that Prime Minister Modi will not be able to attend the G7 in person because of domestic coronavirus priorities, but we look forward to welcoming him to the summit virtually,” a UK government spokesperson said. “We will continue to work closely with India in the run-up to and during the summit on our shared goals for the future,” the spokesperson added.

“While appreciating the invitation to the Prime Minister by UK Prime Minister Boris Johnson to attend the G7 summit as a special invitee, given the prevailing Covid-19 situation, it has been decided that the Prime Minister will not attend the G-7 Summit in person,” an MEA official spokesperson said. The move follows the G7 Foreign and Development Ministers Meeting held in London last week, where Minister of External Affairs S Jaishankar participated as a guest of UK Foreign Secretary Dominic Raab.