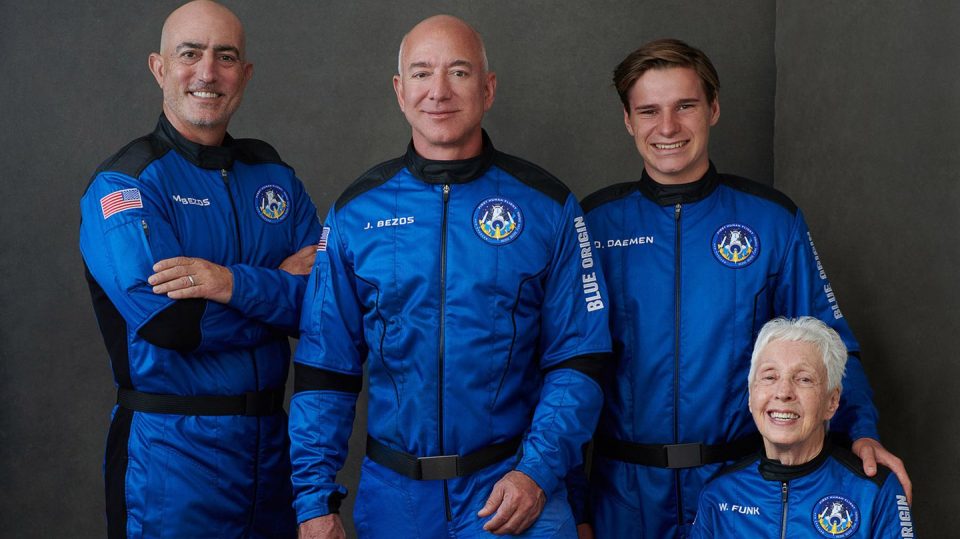 The trip lasted for 11 minutes which was a critical moment for a fledgling industry trying to make the final frontier available to elite tourists. Blue Origin was racing for an altitude of 66 miles, more than 10 miles higher than Richard Branson’s ride of July 11. The 60-foot booster fastened to Mach 3 or, in simple words, three times the speed of sound, which made the capsule go high enough before separating and trying for a vertical landing.

Bezos said he has been planning to travel to space since he was five years old. He started Amazon Inc. as an online book business from his Seattle garage in 1994. He turned it into the world’s largest online retailer, which made him the richest man on the planet with a net worth of over $200 billion, according to the Bloomberg Billionaires Index.
He sold Amazon’s stock to finance Blue Origin, which is based in Kent, Washington. The company now has 3,500 employees and builds rocket engines used to launch satellites. Bezos stepped down as Amazon CEO earlier this month to become executive chairman of the e-commerce giant.