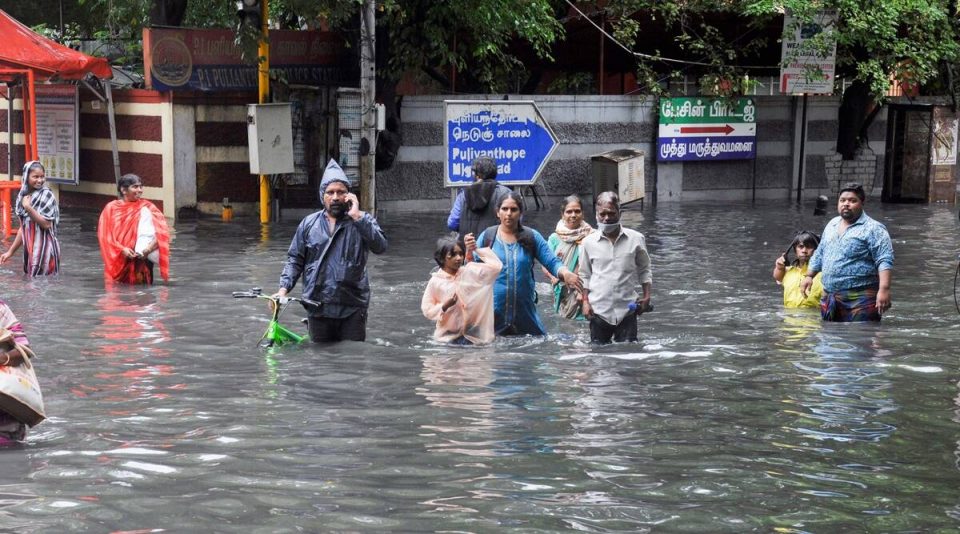 Hit by cyclonic rotation during monsoon, Chennai and nearby districts felt heavy rains in the last 24 hours, which lead to flooding in most areas and the opening up of sluice gates of three city stores to let out extra water. Since the start of the monsoon in October, Tamil Nadu and Puducherry have encountered about 43 per cent extra rainfall.

Prime Minister Narendra Modi said on Twitter, “Spoke to Tamil Nadu CM and discussed the situation in the wake of heavy rainfall in different parts of the state. Assured all possible help from the Centre in rescue and relief work. I pray for everyone’s well-being and safety.” Chennai’s Chief Minister M K Stalin inspected many flooded areas together with top officials including Chief Secretary V Irai Anbu and directed authorities to take action to drain floodwater. He distributed flood aid like rice, milk and blankets to people in affected areas, housed in temporary shelters.

The government announced holidays for schools and colleges in Chennai, Tiruvallur, Kancheepuram and Chengalpet districts on November 8 and 9. The Meteorological Department told that a cyclonic circulation over north coastal Tamil Nadu, southeast of Bay of Bengal and a low-pressure area is likely to form by November 9 and the agency has forecast widespread rainfall for at least the next 3 days in the state.