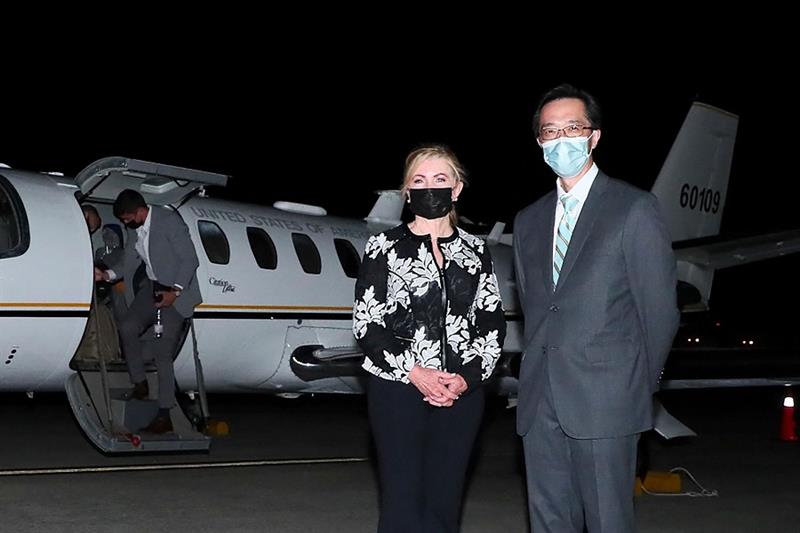 On Thursday, US Senator Martha Black arrived in Taiwan, the second visit by a member of Congress since House Speaker Nancy Pelosi visited Taiwan earlier this month, raising tensions with China. Blackburn, a Republican from Tennessee, arrived in Taipei late Thursday after visiting the Solomon Islands and Papua New Guinea.

Pelosi is the highest-ranking official of the US government to visit Taiwan in 25 years. China responded to her visit with large-scale military exercises that included launching missiles over the island and sending ships across the centreline of the Taiwan Strait, considered a buffer zone between the two countries.

Some of the missiles launched fell into Japan’s exclusive economic zone. China claims that self-governing Taiwan is its territory, which can be occupied by force if necessary. It believes that the visit of high-level foreign officials to Taiwan interferes with China’s affairs and recognises Taiwan’s sovereignty. After Pelosi visited Taiwan, a delegation of Senate and House of Representatives members visited. This week, the governor of Indiana visited and focused on business and academic collaborations. US politicians have called their visit a show of support for the island.

“The US remains staunchly upholding global freedom and will not tolerate efforts to undermine our nation and our allies. Blackburn is on a three-day visit to Taiwan to meet with President Tsai Ing-wen and the chairman of Taiwan’s National Security Council. After the 1949 Civil War, Taiwan and China are divided, have no official ties, but are constrained by billions of dollars in trade and investment. Since Tsai Ing-wen was elected President, China has increased pressure on Taiwan. When Tsai Ing-wen refused to support the one-China policy, China severed ties with the Taiwanese government by mid-year, and Congressional visits to Taiwan have increased over the past year.

On Thursday, the executive branch of Taiwan’s government laid out plans for a 12.9% increase in the defence ministry’s annual budget next year. The government plans to add NT$47.5 billion ($1.6 billion) for the year’s total of NT$415.1 billion ($13.8 billion). The Defence Ministry said the increase was due to “the Chinese Communist Party’s continued expansion of targeted military activities in recent years to normalise the harassment of warships and warplanes in the waters and airspace near Taiwan”. Also, on Thursday, the Defence Ministry said four Chinese navy ships and 15 warplanes were being tracked around the island.